It’s time to get out of Tallinn, so today I headed to the world famous city of Parnu! PARNU! PARNUUUUUUU! What, you haven’t heard of it? It’s a little place on the western coast of Estonia, and the country’s summer capital. It’s where all the rich folk from Tallinn head when the weather stops being so damn cold, and is a bit of a resort town. However, I decided to visit out of season and in the middle of the week, so it’s been deader than a married woman’s libido.

There’s not a lot to Parnu, but what there is of it is pleasant enough. There’s a touristic main street with cute little wooden buildings and plenty of souvenir shops, a few parks that are, well, there, and lots of restaurants and bars scattered around the place. There’s also a shop for the city’s alkos.

Parnu’s most famous landmarks are its twin breakwalls, which each extend more than two kilometres into the ocean. They’re not overly impressive, but dickhead here obviously had to walk all the way out to the end of one of them, and scrambling over all those rocks wasn’t an easy (or fast task). Tradition states that if a person makes it to the end while holding the love of their life the whole way, they’ll stay together forever. So, of course, I held my dick – I know you’ll always be there for me, baby.

There’s a wide, white-sand beach a few hundred metres south of the centre of Parnu, and I’m sure it would be lovely under the right conditions (say, 25 degrees, with heaps of cute Estonian sheilas frolicking around in tiny bikinis, maybe getting a bit lezzy with each other, and heaps of cold beer), but it’s a little bit creepy when the temperature is in single digits and even that’s outnumbering the people on the sand. Still, I was treated to a delightful sunset and one of the more unsual beach walks I’ve ever had.

It’s easy to see that Parnu would be a great place to stay when the weather’s warm and the whole town is humming with happy people, but it’s a little bit sleepy and lacking in interesting things to do at any other time. The main reason I’m here is to visit the nearby Soomaa National Park, which I’ll be doing tomorrow. It’s probably for the best – there’s only so many times you can walk along the bloody breakwall!

Beer of the day:
I smashed three pints of Saku at Steffani’s, but I didn’t smash Steffani, because it’s a pizza shop, not a lady. I’ve gotta say, Saku is a fantastic beer – really clean and clear, and so bloody easy to drink. Puts most Aussie beers to shame, so it’s no wonder it’s the pride of Estonia! 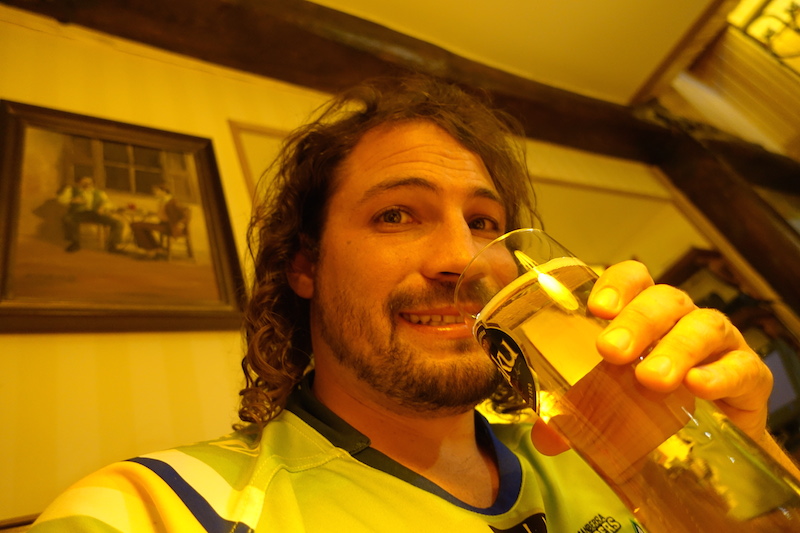 Kebab of the day:
Today’s kebab was a pizza, which I also enjoyed at Steffani’s. Estonian pizzas are weird, because they coat everything in a thick layer of blue cheese, but it was a top meal after not having eaten anything of substance in two days. 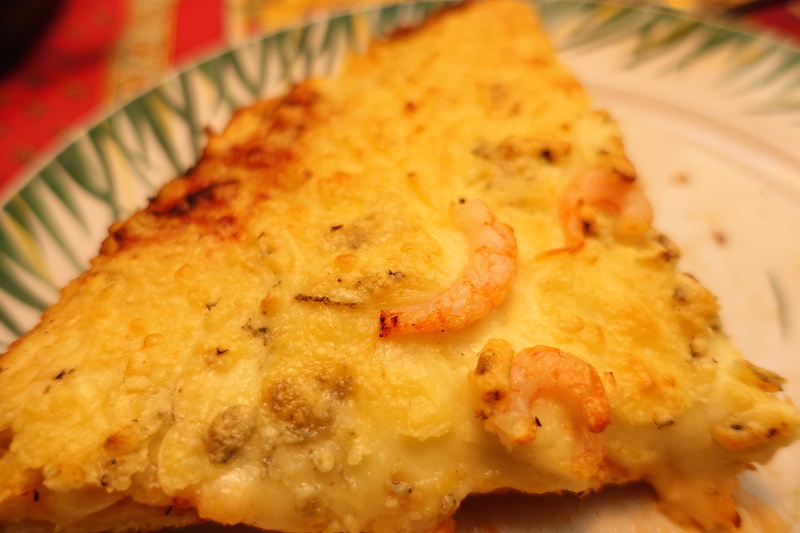 2 thoughts on “Parnu: Centre of the Universe”