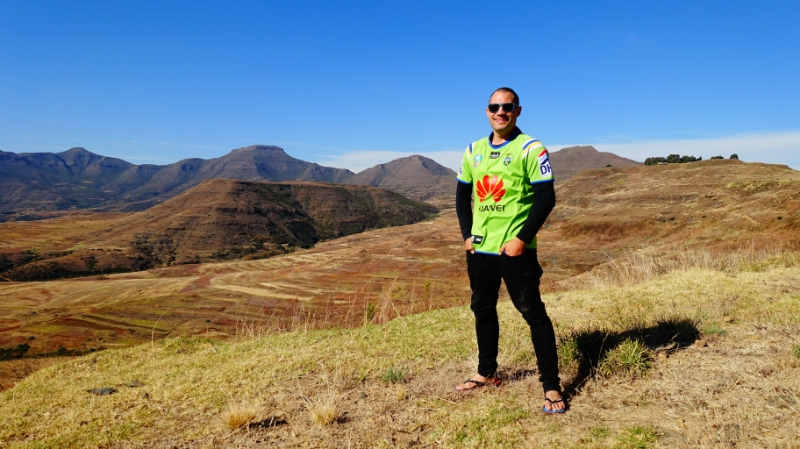 Lesotho is known for three things. 1) Being the highest country in the world, with every scrap of land above 1400 metres. 2) Having the highest rate of AIDS on the planet, with around 45 per cent of the locals suffering from the nasty disease. 3) Being the only nation to have a name that rhymes with the delicious Italian meal, risotto. Today I made it the 45th country I’ve visited, crossing the border from Ladybrand in my dinky little Hyundai and heading for the alpine village of Semonkong, home to Africa’s highest waterfall.

Heading across the border took no time, and I was soon out of the first world and very much into the third, with animals and overflowing buses everywhere. The capital city of Maseru doesn’t offer much for tourists, and from my brief journey through it seems like a busy, dirty, poverty-stricken wreck of a place. The one tourist spot is the Basotho Hat, which is a souvenir shop in the shape of Lesotho’s bizarre national headwear. I guess it counts as a Big Thing, then. I didn’t get much of a chance to take photos of the hat, though, because there are heaps of beggars lurking around out the front, so I dived back into the Hyundai and burned out of there.

Driving in Lesotho is funny, frustrating, and fuckin’ incredible, often at the same time. The roads out of Maseru are full of potholes and crawling with people, who don’t seem too bothered about getting out of the way of cars. The streets are lined with dusty shacks, tiny stores, and gutter cookouts. Even compared to the rural areas of South Africa, it seems like a different world and a huge step back in time. Reminiscent of the rougher parts of Southeast Asia at times, this land is nonetheless different from anything I’ve ever experienced.

Once out of the city, I started to feel like I was the only man on Earth. Climbing massive mountains in a car that would struggle up an anthill, I barely saw another vehicle. Every now and then I’d pass a man and his donkey, seemingly heading nowhere. Every person I passed turned and stared; whether it was because I’m white or because cars are so rare, I couldn’t tell. I crossed through a few villages, and the children ran out onto the road to dance around my car. I was terrified, not because I thought they would hurt me, but because I was sure one of them would end up under my wheels. And a squished African kid in the wheel arch would probably eat into my security deposit.

After three hours of tough driving the 120km journey, I finally hit Semonkong, a bustling village of maybe 1000 people. The tarred road ended, and I weaved the Hyundai in and out of donkeys and women with baskets on their heads as I bumped through potholes that reminded me of Rebel Wilson’s sex video. The road just got worse as I tried to steer down into the valley that holds the Semonkong Lodge, and I was truy amazed that I got the tiny vehicle down such rough terrain. The locals, climbing down the cliff on their donkeys, thought I was an idiot, and they were probably right. 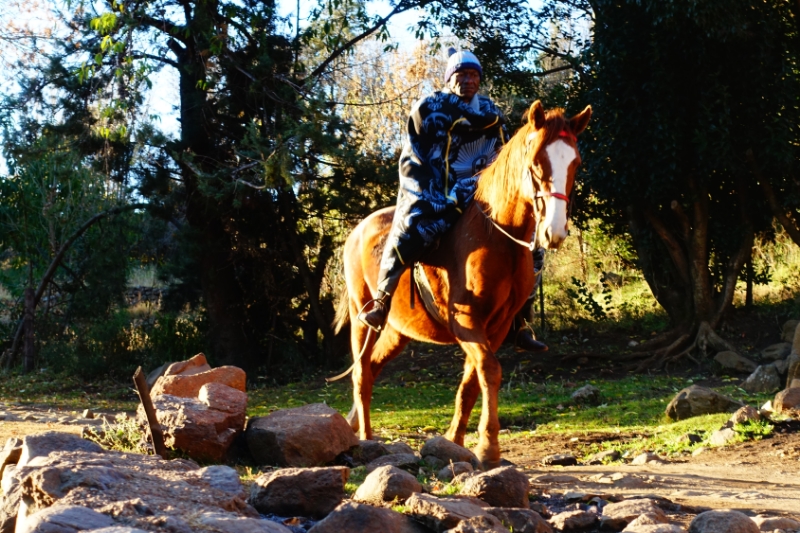 The journey, as tough and weird as it was, turned out to be worth it, because the place I’m staying is truly incredible. I’m sleeping in a rondavel above a perfect stream that winds through jagged cliffs. The locals swagger past my door in their woollen caps and full-body ponchos. Children gallop by on horses, laughing. This area is full of life, and the only effect the modest tourism industry has is to give the locals a bit more to eat. It’s remote, quiet, happy and beautiful. Sitting at 2,275 metres above sea level, Semonkong is also incredibly cold, and the air is so thin that even a brisk walk is hard. I’ve never been anywhere similar to this – most people to walk the earth haven’t – and I can’t wait to get out and see more of this gorgeous country tomorrow. 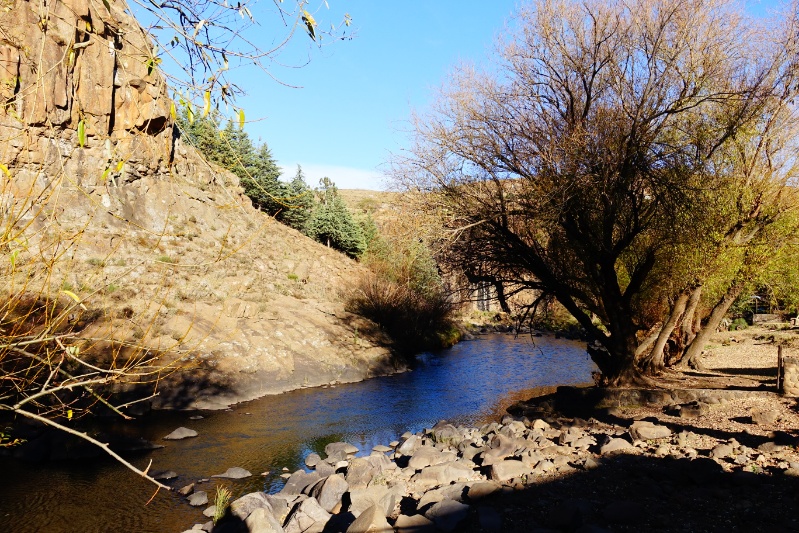 One thought on “Lesotho is remote, oh!”