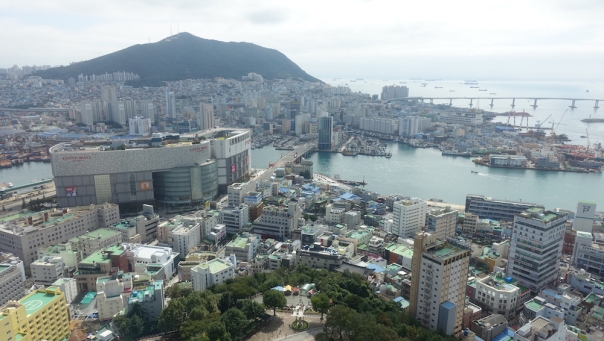 I spent my final evening in South Korea participating in the traditional Asian activity of getting drunk while watching the NRL grand final. When the Sharkies finally broke their 50-year duck to claim the trophy, Busan erupted in massive applause and people started wildly in the streets. Alright, they do that every evening over here, but I’m still going to put it down the football. It’s no wonder they call this place ‘The Shire of the East’.

It was a big night and I woke up this morning with a sore head and the phone number of some bloke named Wong written on my arm in pink texta. There was a ferry to Japan with my name on it, but there was one more place I wanted to go before bidding farewell to Korea forever; the mighty Busan Tower. At 118m the word ‘tower’ is slightly ambitious, but it’s the symbol of the city and I really wanted to check it out before pissing off. I’m glad I did, because it was a once-in-a-lifetime experience that I will never forget.

Despite being only slightly taller than popular basketballman Andrew Gaze, the Tower offers exceptional views out over the city and the harbour, and is well worth the $5 it costs to take the very slow ride to the top. I took a moment to look  out over the city and reflect upon my time in Korea. It’s a surprising land with towering mountains and crowded streets, lovely people and fantastic food, cutting-edge technology and ancient history. It’s not a place many people think of as a must-see destination, but it’s a top place. I mean, bloody hell, heaps of people go to India and it’s an absolute shit tip.

I farewelled Korea and boarded a hydrofoil for the three-hour trip across Sea of Japan to Fukuoka. There’s not much to see other than endless grey water, but I was able to enjoy the 2015 cinematic classic The Intern, in which Robert De Niro plays Anne Hathaway’s office assistant. I kept waiting for him to go all Travis Bickle and shoot up the office, but it never happened. For some weird reason, Bobby spoke Japanese the whole movie, which didn’t help the plot progression. But I ended up getting all the drama I needed as soon as I got into the port.

I obviously look like a drug mule, because I get singled out by customs wherever I go, and Japan’s no exception. First I had my bagged ransacked in front of everyone, before being hauled off to a secret room to be interrogated in a secret room by three officers for nearly an hour. The went through my bag a few times, demanded to know why I was in Japan and where I was going, and went over my drug history time after time (there’s not a lot to say). They even pulled out a chart with photos of various drugs on it, trying to find out how much I knew about each one. I wasn’t worried because I knew I’d done nothing wrong, but there was a chance that an Oriental man would put his hand up my anus, so it wasn’t the most relaxing way to spend an afternoon.

Fortunately, Fukuoka has proven to be a less painful experience. I was kinda hoping Japan would be full of giant robots shooting lasers from their eyes and dancing schoolgirls with tentacles for legs, but it must be their day off. What I’ve found instead is an impressive city full of people playing Pokemon GO, but I’ll have a full review once I’ve had a bit of a chance to check it out. Now I need a drink to calm my nerves after going frightfully close to having a Jap up me… 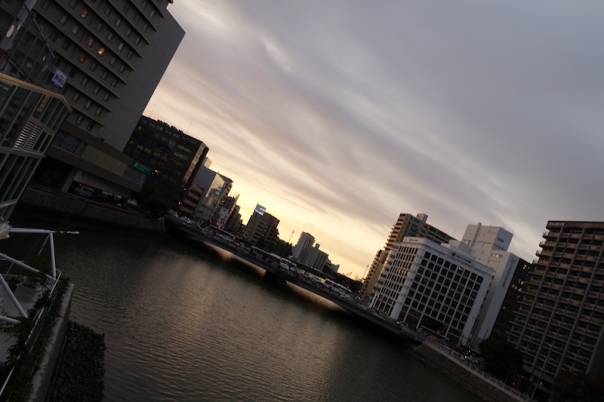