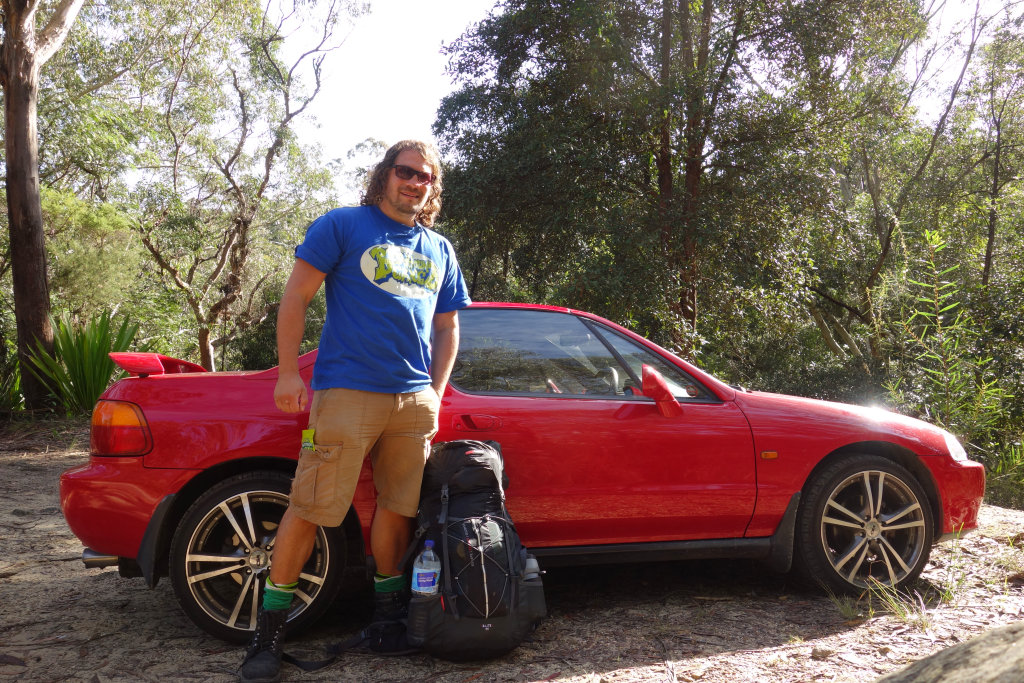 With no job to go to, girlfriend to annoy, or pet to feed to prevent it from dying, this week I went bush for a couple of days. I packed my tent and my sleeping bag and headed up to Mangrove Mountain, west of Gosford, where I found a 24km hiking track that was beautiful, remote and historically significant. Yes, we’re in for some learnin’ here, kids.And don’t worry, I managed to keep my clothes on most of the time.

I parked the red rocket (I mean my car – that’s not a euphemism for sex) at the top of Dubbo Gully Road and headed into the valley, admiring the trees and rock formations, and enjoying being completely surrounded by the sounds of birds. When I hit the bottom (again, not a euphemism for sex) I came across the Upper Mangrove Cemetery, where many of the pioneers of the region are buried. It’s quiet, peaceful and pretty, and seems out of place in the middle of the endless wilderness. I enjoyed my lunch there, but unfortunately I was disturbed by a zombie.

From there the track wound through the floor of the valley, eventually happening along the abandoned Fairview homestead, which was apparently pretty fancy when it was built back in 1922. It looks like a pile of shit now and has a barbed-wire fence around it, but I still reckon I could fix it up and live there. Good luck to any Mormons or pregnant chicks from Tinder trying to find me out there.

After a mammoth 5k trek back up the ridgeline, I made it to the wonderfully-named Ten Mile Hollow, my camp for the night. This has to be the most historically interesting campground I’ve been to – it was originally used as a stockade for the convicts who built the Old Great North Road back in the 1830s. It was later given the delightful title of Snodgrass Valley and was intended to become a town, but no-one wanted to live in a place with a name like that (they moved to Watanobbi instead) and it was abandoned. Apparently there was an illegal inn built there at some point, but I couldn’t find it no matter how hard I searched, so I had to be content with guzzling cheap vodka in my tent by myself.

I set out the next morning bright eyed and bushy tailed (actually, I was neither, as I was hungover and am not a possum), and the first stop was Clare’s Bridge, which is the second-oldest bridge in mainland Australia. The dudes who built it must’ve been drunk at the time, though, because they forgot to put any planks on the top of it. No wonder we no longer use slave labour in Australia – the bastards are useless!

The track continued up another mountain and along the ridge, presenting some outstanding views out over the valleys. This is a glorious part of the world, easily accessible yet completely removed from the pitfalls of modern life. It was one of the most interesting walks I’ve been, with remnants of history everywhere. Perhaps the most incredible thing is that the trail I walked on was once the main road between Sydney and Newcastle. It was never more than 4m wide, and trees hugged it on both sides, but there was a time when people would pack up their buggies and travel through those lonely hills on their way north.I highly recommend you trot along and check it – but just watch out for that fuckin’ zombie! 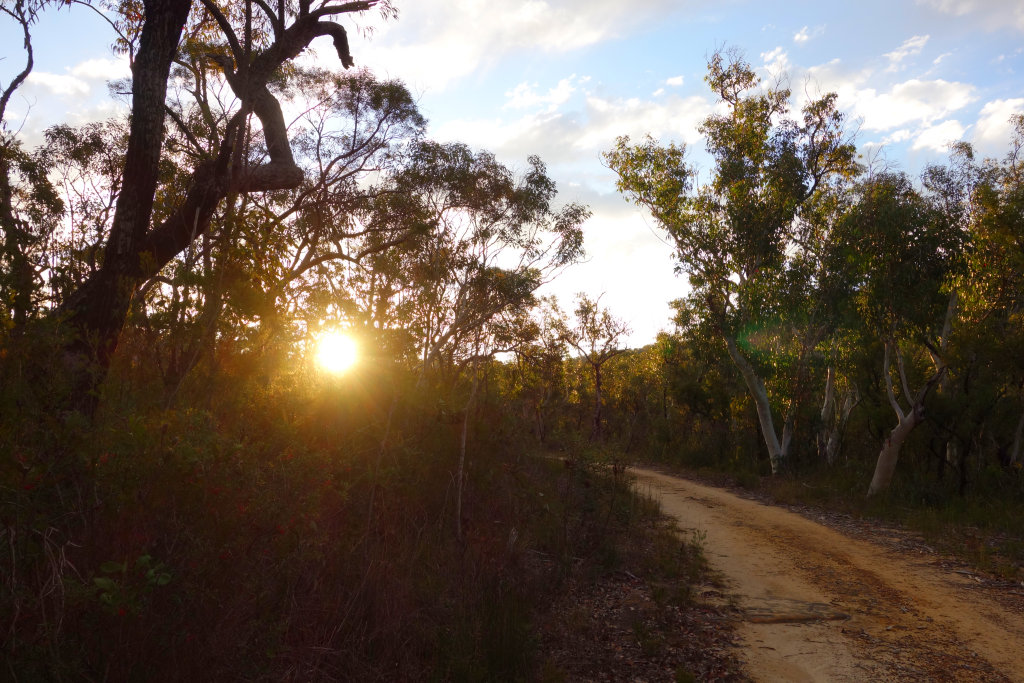 I originally wrote this… just then! Woo, a completely new blog entry!