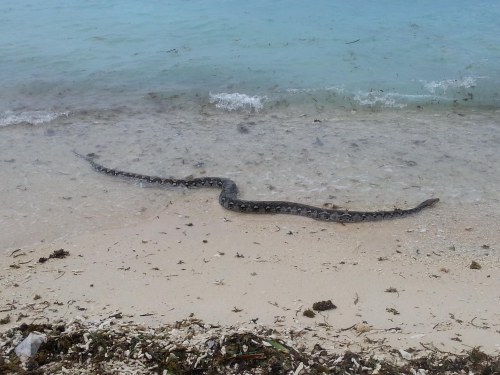 Apart from swimming with a three-metre-long python, not a lot happened today (afterwards, I joked to a French girl that it wasn’t the biggest python on the island, and she told me to leave here alone. The French, hey? Can’t live with ’em, can’t go back in time and let the Germans take their country). The weather has been silly here in Meno, meaning that sitting on my balcony and reading a book has been the best option. Yes, I know, what happened to that dude who used to spew on bouncers in Manchester and get into street fights in San Diego? I’m here to relax, motherfuckers, so I thought I’d share the story of why I like to travel alone.

Back in 2010 I was (counts fingers) 27, poor as shit, and had never been outside of Australia. I received a small amount of money for writing stories about women who are allergic to clothes, and decided to spend it on a short holiday to the rarely-visited land of Thailand. Too scared to go by myself, I somehow ended up  organising to go with a chum from high school, who I hadn’t seen for around 11 years. We’ll call him Pencil, for no reason other than I would laugh my arse off if I ever met someone who was actually named Pencil.

You can already see this isn’t gunna end well, right?

So I carefully picked out a hotel to stay in at the far-flung, off-the-beaten-track town of Patong, and we headed off. When we got there my eyes were as wide as dinner plates, and we headed out into the town to see what was going on. I rarely had a Chang out of my hand (I mean the beer; I wasn’t holding hands with a Chinese man) as we weaved our way through the streets, so I believed, without direction.

It wasn’t without direction. Before long I was sitting on a stool in a grubby bar at the end of a dark street, and every girl there was a hooker. And not good-looking ones, either. They were well-worn, lacking in the tooth department and not necessarily 100 per cent female. I didn’t know where we were, but Pencil did. He’d researched it beforehand, and within three hours of landing he had himself a prostitute for the tidy sum of $40.

So that was it for my interaction with Pencil. He didn’t want to see Thailand, he wanted to fuck sluts. He needed the room for the night, so I went out and got on the sauce till 6am, riding around on the back of bikes and flashing my dick to girls in clubs in a desperate attempt to impress them. Then I got beaten up by three ladyboys. When i finally got back to the room, Pencil was still porking his prossie, so I buried my head under my pillow and cried myself to sleep. When he asked me to film his pop shot, I gave up and went for a swim. I still have nightmares about that.

He kept her for the next week. So here’s me, wide-eyed and ready to explore the world after getting out of the closest thing I’ve ever had to a long-term relationship, and I’m sharing a room with a fucking street walking southeast Asian prostitute. And when we flew to Koh Samui and Bangkok, Pencil missed his call girl so much he just slept the days away. So there I was, far from home, and forced to do everything by myself. it was fucking scary, and I wanted to toss it all in and run home on more than one occasion. But, after a while, I realised it wasn’t too bad. I enjoyed not having to rely upon other people. I had great times, met some lovely women (who didn’t ask me to pay. Well, one did, and she’s one of the hottest women I have ever met, but I wished her a good night and stumbled away), and grew as a person. I didn’t think I could do it, but I could.

I was a bit upset, however, that Pencil didn’t offer me a go. I didn’t want one, but it’s just good manners. It’s like going over to a mate’s house with a case of beer and not offering him one.

So, from then on, it’s just been me. It means I can go where I want, spend as long as I want to there and do what I want. Does it get lonely sometimes? Sure. There’s not a situation in the world that can’t be improved by having a pretty girl there. But I’ve met people I never would have if I was with someone else, and I’ve found out things about myself while sitting on deserted beaches or hanging out in cities of 25 million that I never would have if I was tied to another person.

But I still haven’t grown up. 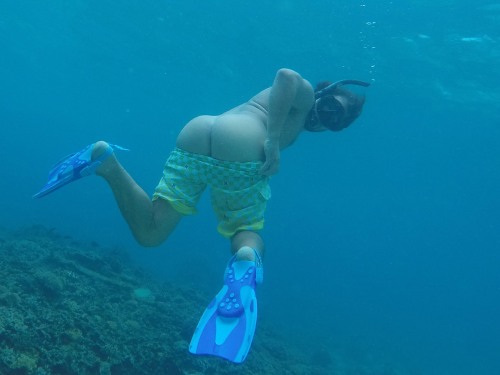 One thought on “Why I travel alone (or, how I unwittingly became involved in sex tourism)”