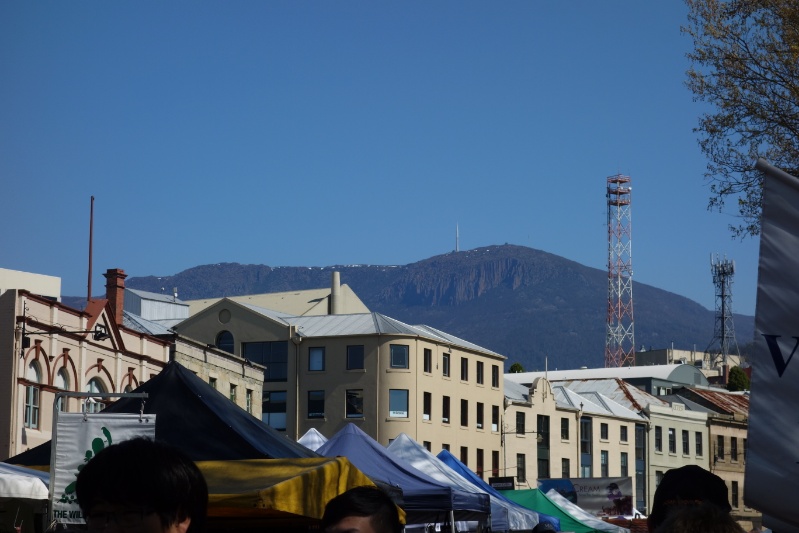 After another wild night on the booze, I woke up feeling rubbish and confused, with people rushing around me carrying boxes of cider. There was a big microbrewery festival in Hobart, my uncle and auntie were showing off their cider, and I was invited!

Or, at least, they didn’t tell me I couldn’t come.

Before heading off to the piss-up, me and my brother headed along to the Salamanca Markets. Ben wanted only two things; a Dagwood Dog, and some quince paste. By the end of the day, he would have both, as well as some new friends I’m sure he will keep for the rest of his days. I had a dagwood, too, and it made me feel like vomiting into a bin.

The markets are fantastic, frantic, crowded, touristic and a must-see for any visitors to Hobart. They’re a bit wanky, with heaps of stalls selling mango fudge and tomato chutney, but there are enough interesting stalls and attractive women to make it worth a visit.

When we were done there, we moved on to the beer festival, and it was great! The weather was brilliant, the beer was cold, and we managed to wrangle a few free glasses of delicious Pagan Cider. It’s a wonderful drop that I am in no way promoting because I’m related to the people who make it… But, seriously, it is a great drink, so give it a crack if you get the chance. Better yet, buy one for me. I’m a good bloke and I’ll pay you back, swear it.

Not surprisingly, I got drunk as shit at the beer festival, and so did my brother. The sun was shining and the music was good and the beer was delicious, and it was just a wonderful day. I fell into a bin, knocked over a child, mistook a gentleman for Alf Stewart from Home & Away, and danced to a cover of Eiffel 65’s seminal hit, Blue.

I also saw Stavros, the idiot I helped to climb Mount Wellington, dancing to a reggae rendition of Shania Twain’s Man! I Feel Like A Woman, but when he noticed me he strutted out of there, with no sign of his damaged ankle. Happily, a seagul shat on is stupid head as he walked out of there, and the last time I saw him, he was crying on a bench and asking anyone who came near if they could buy him a pot of tumeric-infused mustard.

Me and Ben headed out to explore Hobart’s wonderful drinking district, and stopped off at a place called Jack Green’s for a refreshing ale. The drinks were expensive and the place was packed, but it had a great atmosphere. Hobart is a truly wonderful place to explore, be it the bars, the wilderness, or the women. I ended up picking up a girl, but 15 minutes after rolling back to her house, I was on my way home. I might not be on the mainland, but some things never change. 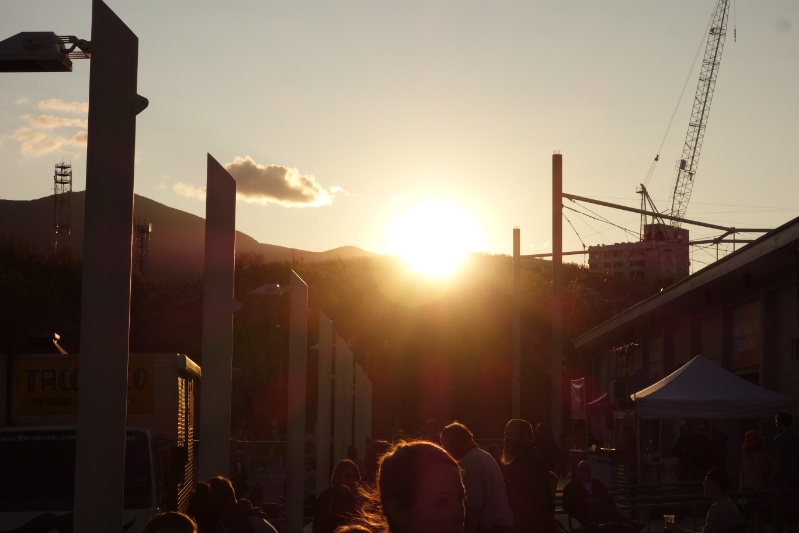 3 thoughts on “It all started with a Dagwood Dog…”