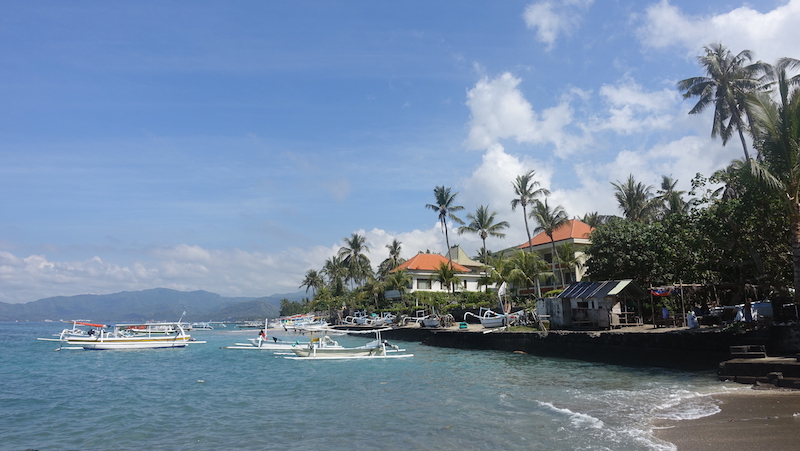 Candidasa is a mystical land full of ancient temples, turquoise beach, and angry monkeys, but the only way to truly appreciate it is from the air. This isolated collection of beaches along the Balinese coast have provided me with an aerial playground that has proven to be nothing short of mind-blowing and life-changing. In short, this place is fucking amazing. 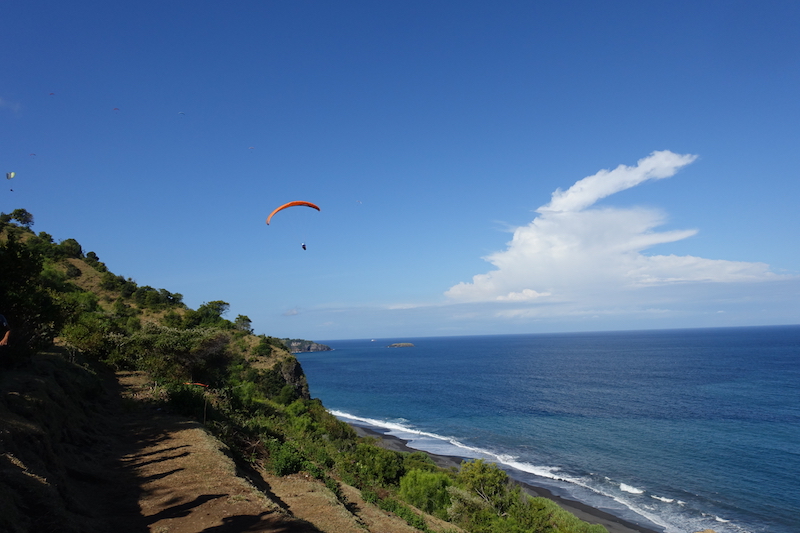 The launch is unusual in itself, because it’s located on a peanut plantation overlooking the sea. Locals chatter and laugh among themselves, while dogs root each other in the scrub. Once off the ground,the flight is as daunting as it is awe-inspiring, with the whole world opening up  beneath my glider. 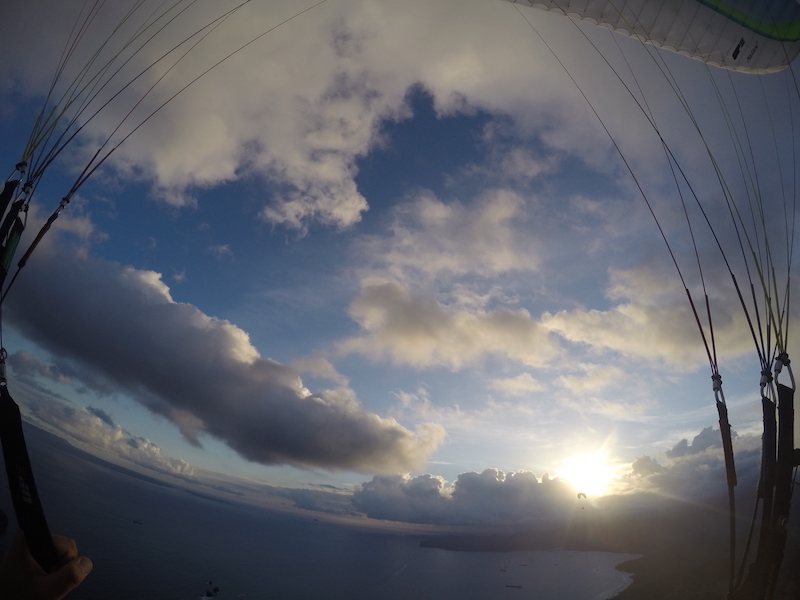 It’s a big hill that reaches far into the Oriental sky, and the ride up there took me over thick jungle and screeching monkeys. Far above me dozens of gliders soared through the sky, and it was a surreal experience making the slow ascension to the ‘bubble’ where they hung together at the peak of the world. It was truly breathtaking stuff. 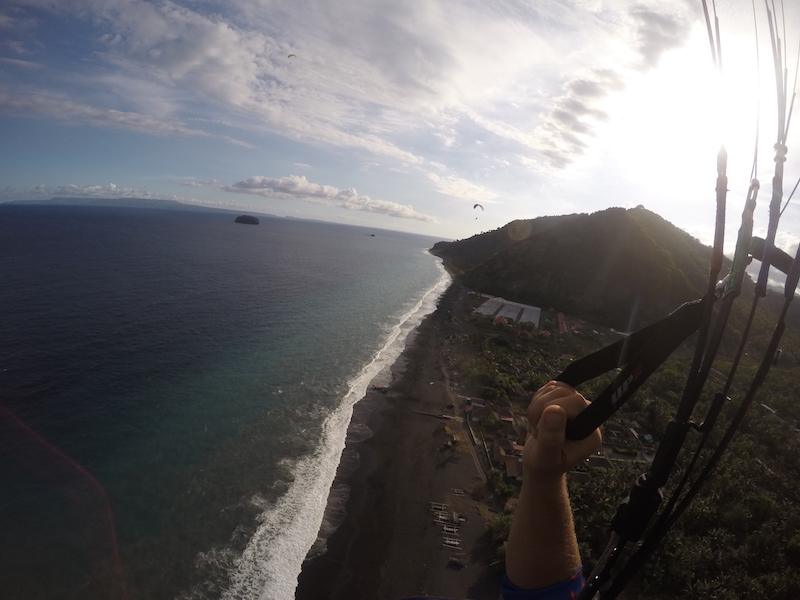 I’m not going to lie, I was absolutely shitting myself during my first flight in Candi. It took me half an hour to pluck up the courage to take my hands off my brakes long enough to turn on my vario. But despite feeling like it was my first flight all over again, that first climb to the roof of Bali is something I will never forget. It was epic, and truly life-changing. 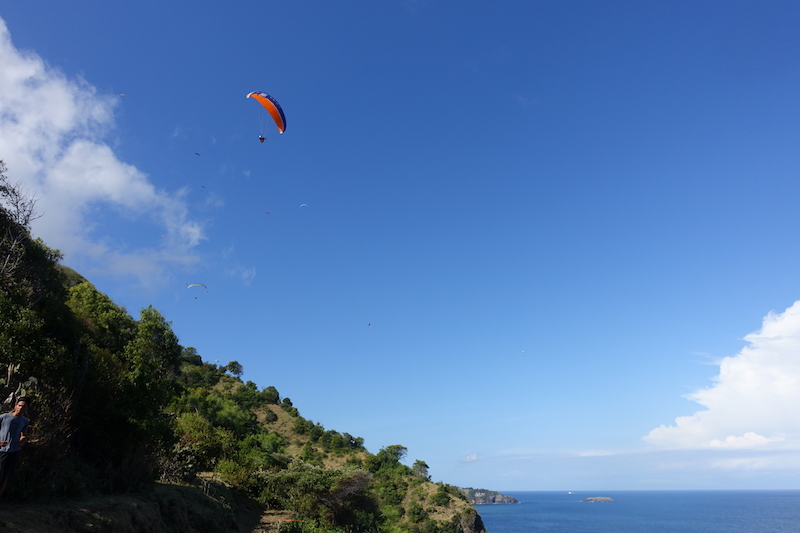 I got so much height that I made it to cloudbase for the very first time – and even swung my glider through the clouds a few times, which was a heart-stopping experience. Never have I been surrounded by so much beauty, with the freedom to explore it all (well, never outside of a Thai knock shop). 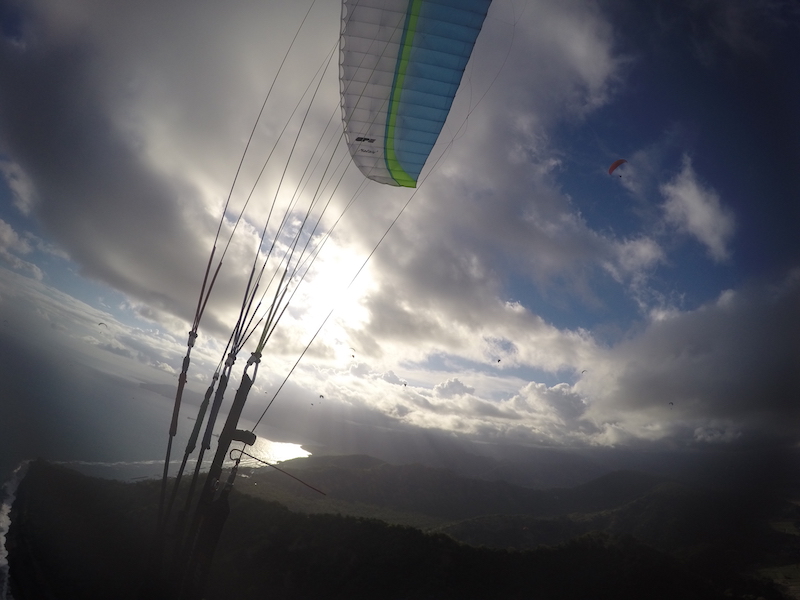 The landing is on a long stretch of black sand, dotted with traditional fishing boats. There’s a tiny village seeming untouched by the western world, full of children who think dead chickens make excellent toys and topless women who are really good at balancing stuff on their heads. There are also icy cold beers, making it the perfect place to land (as long as it’s not on one of the boats).

There’s only one way to celebrate such an epic day, and that’s with a dozen Bintangs and a bunch of good mates. There are plenty of great places to drink beer by the water in Candi, with all sorts of tiny bars and warungs. There are more restaurants in the hills surrounding and along the main road, where bars boast awful Asian cover bands with long hair and only a rudimentary grasp of the concept of music. 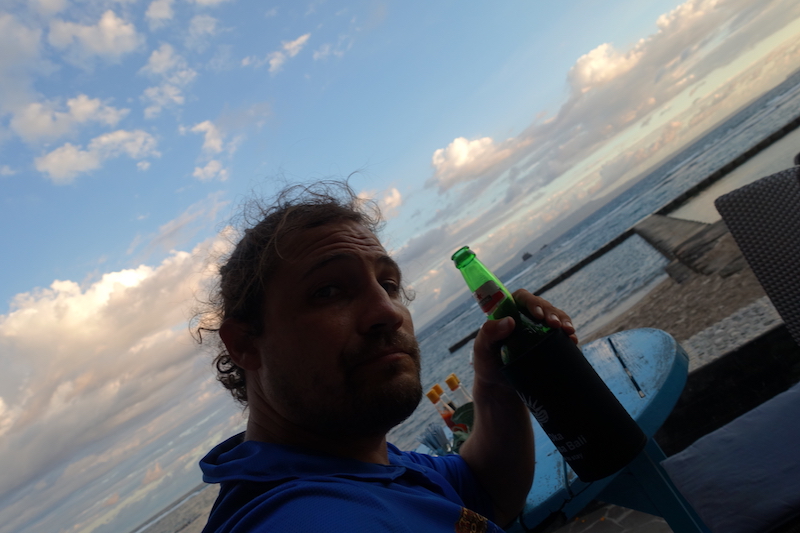 I even got lucky with a big-titted local. She’s the quiet type and and a bit on the heavy side (and I also suspect she’s a stoner), but I feel like this could be the start of a long, loving relationship… 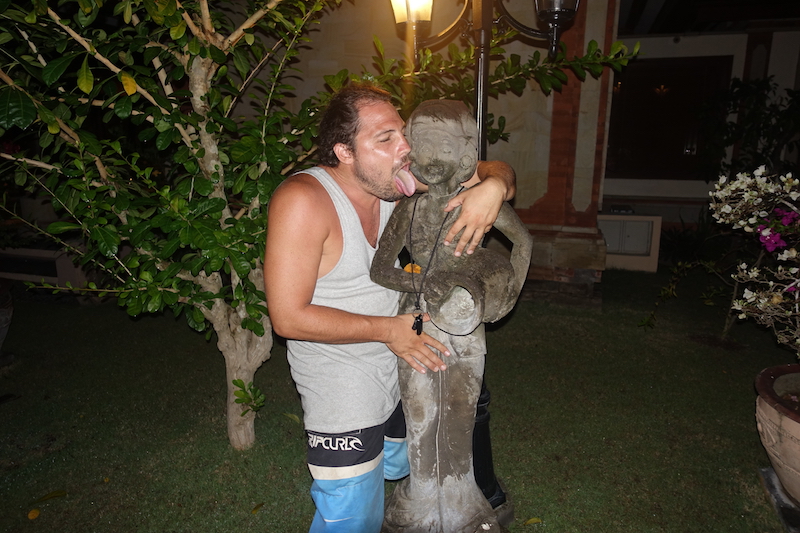