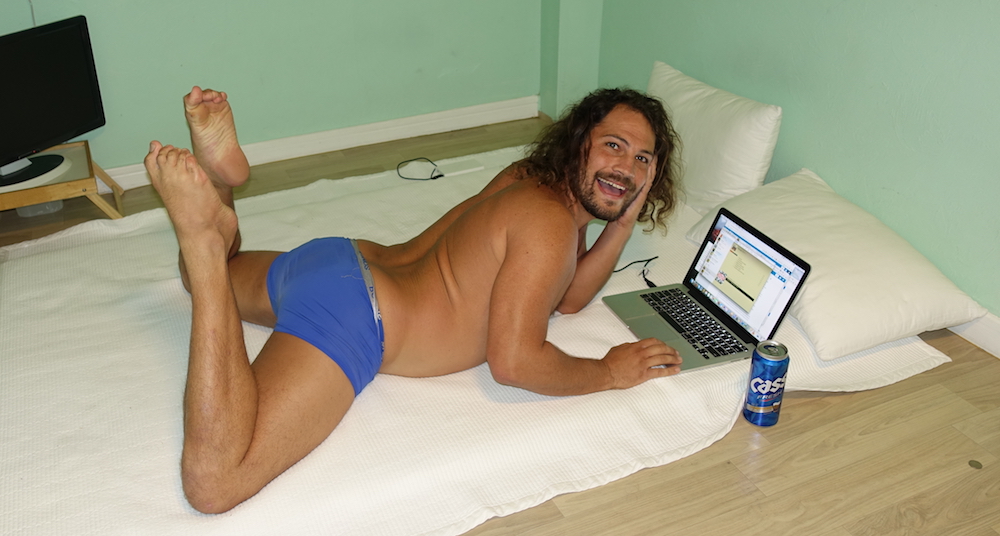 Here’s a fun fact about the Koreans; they sleep on the fuckin’ floor! No bed, no inflatable mattress, they just chuck a thin bit of material on the tiles and away they go for eight hours in Napland. I’m a big fan of experiencing other cultures – I once slept with a girl from New Zealand – so when I was looking for a hotel in Busan, I decided to go for one with traditional Korean bedding. The fact it was the cheapest joint I could find was another factor, but mainly I just wanted an authentic experience.

Having a serious drinking problem means that I’ve slept (alright, passed out) on a lot of floors, so I didn’t think it would be a problem. I expected traditional Korean sleeping arrangements to be a bit like when you crash at a mates place and he gives you one of those thin, shitty mattresses to sleep on, along with a bright red doona with mysterious white stains on it. But the ‘bedding’ here has no cushioning at all. I now know how dogs feel when they’re forced to sleep on poo-stained mats beside the back door.

It’s no wonder the Korean birthrate is dropping, because rooting a chick on the hard floor wouldn’t be much fun at all. Doggy style is only going to lead to sore knees for all concerned, and the reverse piledriver is a disaster waiting to happen. They seriously need to look at their bedroom habits, or else the terrorists will win.

As for Busan, it looks like a great place, with plenty of beaches and lots of restaurants. I can’t tell you much more than that, because the weather’s followed me and it’s absolutely pissing down outside. I haven’t even been able to head down the street to get something to eat, so I’ve basically been sitting here on my mat watching Korean TV and feeling sorry for myself. I might have to set up a GoFundMe page to get people to pay for some home delivery Korean BBQ.