After learning I was heading to Dar es Salaam, my good friend (and convicted abuser of homeless people) Scott called me from his presidential suite inside Parklea Prison.
“Hey bro, you go to Tanzania?” he asked, whilst whitling a shiv from a toothbrush. “You must meet my cousin, Sinbad. He look just like me. He also have massive penis, like me. He show you around. He meet you at airport.
“Also, if you can smuggle some rhinoceros scrotum back to Australia for me, I pay you big dollar. I must go now, my cellmate Big Joe has already taken he pants off.”

With a hint of jealousy at the robustness of Scott’s locked-up sex life (if not the partners), I flew off to Dar es Salaam for the next chapter in the World Tour of Africa. Scott had told me his cousin looked just like him, but he’s full of shit, so after making it through customs (an effort in itself) I looked for someone who was the opposite of him. A tall, handsome, intelligent-looking man who appeared to have a baseball bat stuffed down his trousers was an immediate suspect, and he soon introduced himself as Sinbad.

“Hakuna matata, my friend,” Sinbad smoothly said, taking my hand and leading me out of the airport and into the steamy night. “My cousin Scott is very bad man. When he live in Tanzania, he rob people, beat up old lady. He even put a baboons up his anus. You can believe this?”
I told him that yes, I could believe this. In fact, I’ve seen Scott do similar things with bilbies. 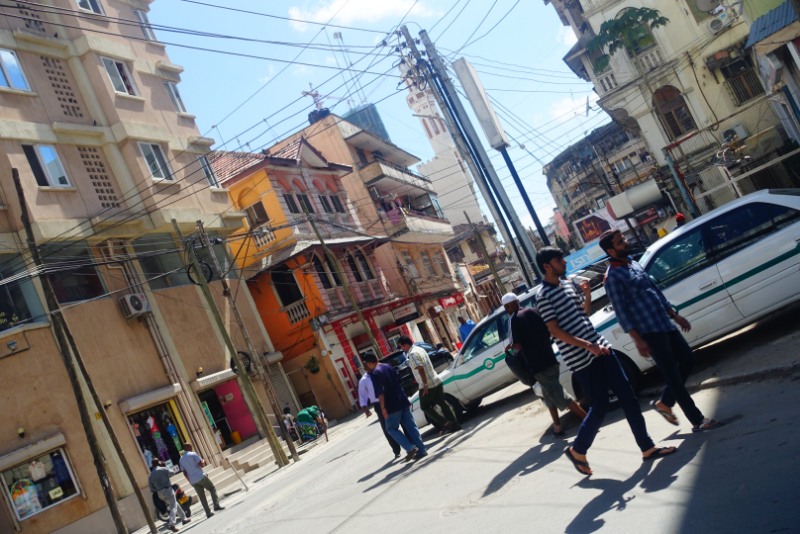 I took a closer look at Sinbad as he unlocked his car, and decided it would be possible to confuse him with Scott… if it was dark, you only had one eye, and had been drinking metho since sunrise. 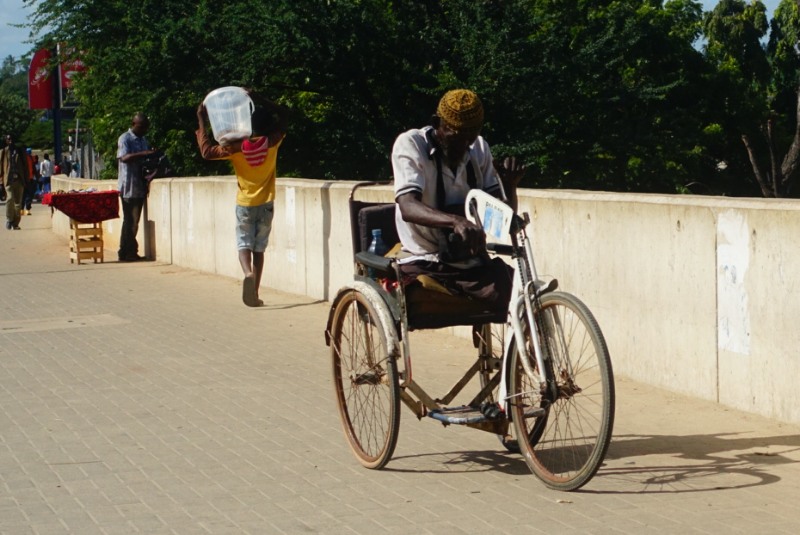 Sinbad took me straight to his favourite bar, a swinging spot in a converted ballroom that was full of heartbreakingly gorgeous African women. I wanted to get out on the dancefloor and wow them with my sick moves, but Sinbad wouldn’t let go of my hand. Every time I tried to leave he held it tighter, and every time an ebony goddess smiled at me he gave me a glare. It was weird. It was also uncomfortable when he escorted me to the toilet and didn’t let me go the whole time. 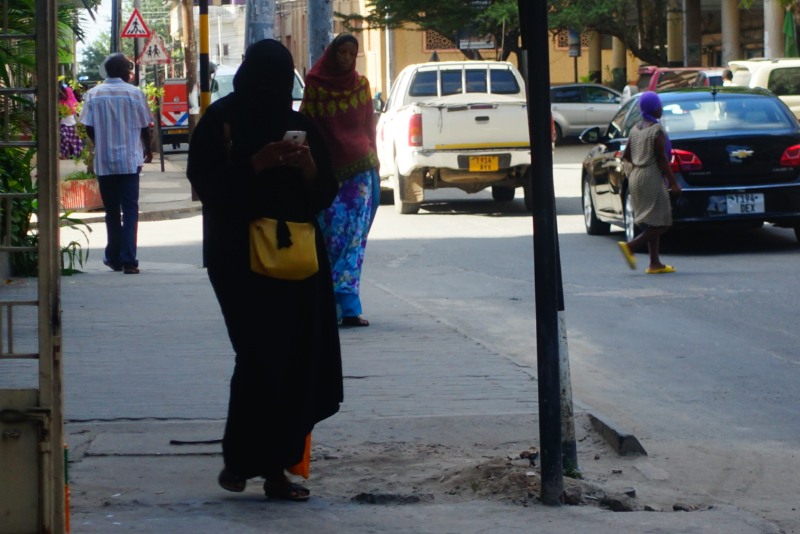 Finally Sinbad cracked the shits at all the attention I was getting from the ladies and demanded we leave. I told him to head off so that I could get jiggy with a dark-skinned darl, and that’s when he snapped.
“No! I will not stand for this anymore! I try to love you and all you do is drink, look at lady and talk about how disappointing Canberra Raider are this season. My cousin Scott say you are best gay in Australia and perfect boyfriend for me, but you are not. This is what you walk away from, my friend.”
And with that, he dropped his trousers and smacked his cock on the ground – without crouching. 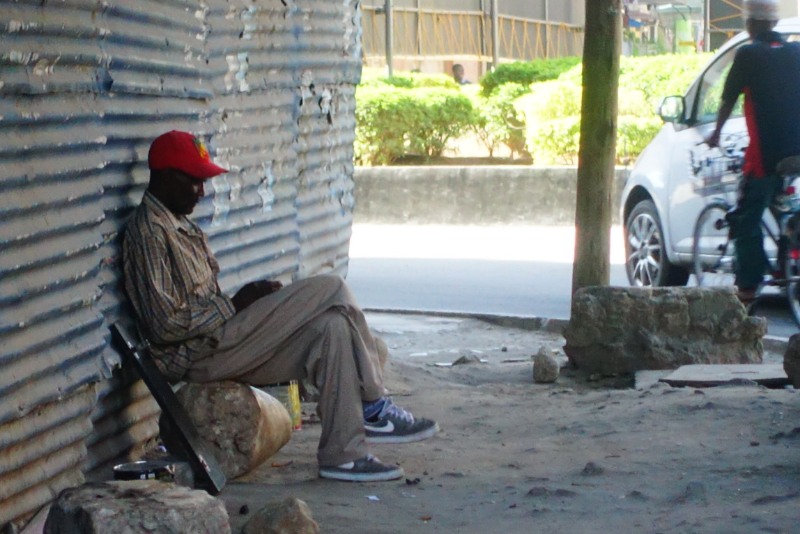 Exploring Dar was a big shock after being in Zimbabwe, Zambia and Malawi, because it’s a proper city. There are tall buildings, heaps of cars, and people everywhere. I’m not used to crowds after spending time in comparatively deserted places like Livingstone and Lilongwe, and I found it a bit oppressive. It’s totally different from the other places I’ve been in Africa and definitely feels more Asian or middle eastern than anything else. With mosques, Indians and little blokes in dresses, it felt like Dubai’s old town all over again.

I only spent a few hours exploring Dar, and for me that was enough. There’s plenty to see, but it’s a bit too hot and crowded, so I decided to head to Zanzibar. I was just about to climb aboard the ferry to the island when I heard a familiar voice calling out to me, and looked around to see a tall black man cutting through the crowd with a huge bouquet of roses in his hands and tears in his eyes. Looks like this story is to be continued… 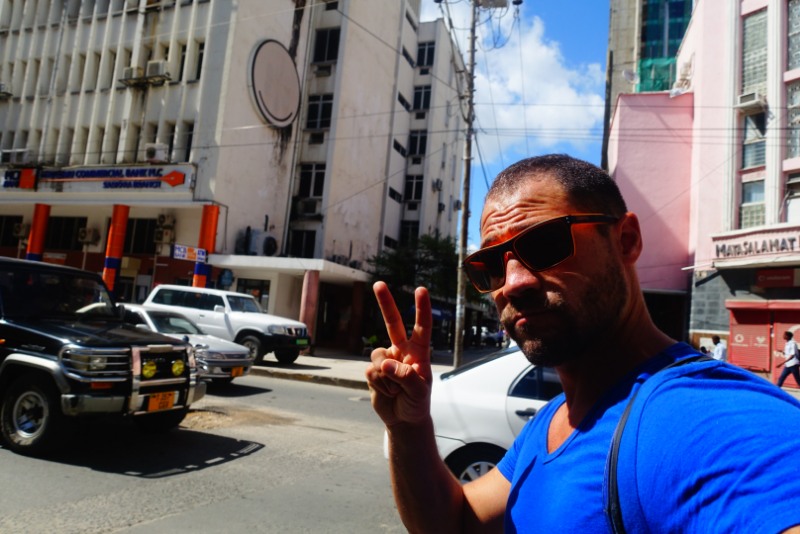 One thought on “Hakuna Matata! Welcome to Tanzania!”