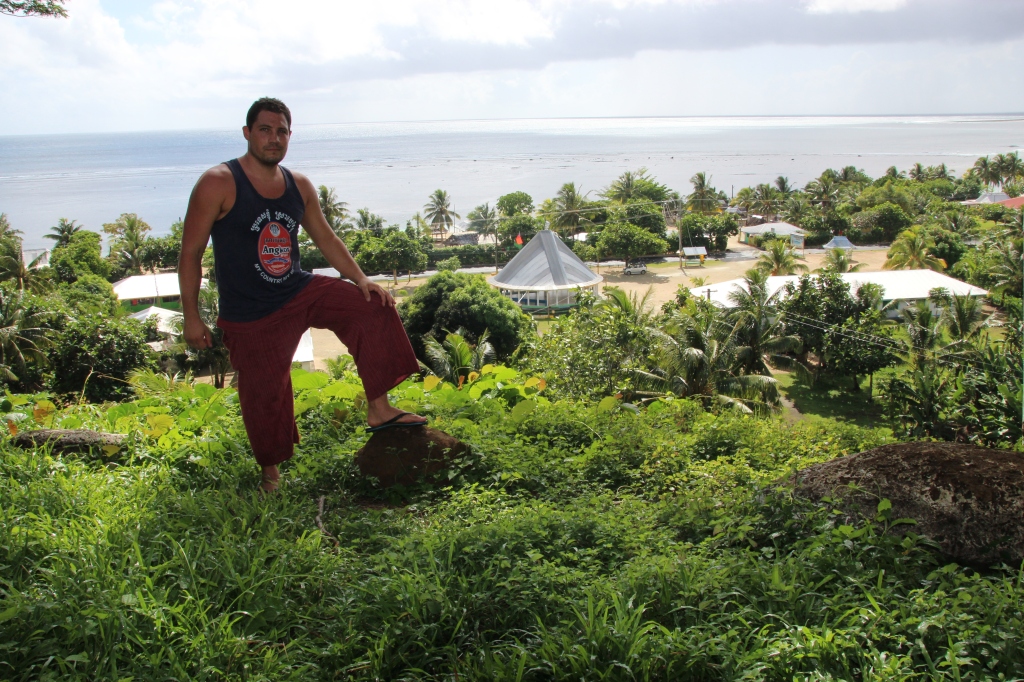 I was worried about my portly admirer coming back for more action, so I decided to move on from Tanu Beach. After a quick snorkel and a wander through the village, I stopped off at Henry’s place to say goodbye. We ended up chatting for an hour so, with the topics ranging from the women at his retirement village constantly begging him for sex, to his opinions on the breasts of Samoan women, to Henry’s distaste for pineapples. He’s a weird dude, but one thing can’t be argued – unlike most people, he is truly a free man. He does and thinks what he wants, and feels no need to buy into all the bullshit society tries to feed him. The world would be a better place if there were more tattooed freaks like Henry.

With the car packed, I headed west, through the jungle. My first stop was for a canopy walk, an attraction that seems to pop up in every guide to Savaii. It should also appear in every guide for people looking to die in the most brutal way possible, because the whole thing is incredibly dangerous. After a short walk into the middle of the jungle, I climbed a massive tower, and was faced with a bridge through the trees that was basically a bunch of ladders tied together. That was it. Not wanting to waste my $10 entry fee, I did a little wee in my shorts and headed across. Every step caused the shoddily-made contraption to shudder and groan and almost fall apart, and I was stoked to make it back to the ground without having to fall there.

It was a beaut experience, though, and the view from the top of the tower was magical. This land is still so primitive and unspoilt, and it truly is a joy to simply take the time to enjoy it.

The second stop was at a local rugby union game. It doesn’t matter where in the world it’s played, union is still a stop-start-stand-around-for-five-minutes piece of shit. The penalties and line-outs were endless, but so were the hits. The boys were smacking the crap out of each other, and I couldn’t help wondering why they were playing kick ‘n’ clap when they’d be so much better suited to a proper game. The potential is there for rugby league to take Samoa by storm, if only a little bit of effort is put in.

I started off watching the game from a quiet spot up one end, but after a few minutes a very large gentleman sauntered over and said hello. At first I thought he was going to rip my arms off – he could’ve done it without breaking a sweat – but then he introduced himself as Albert, offered me a glass of juice and asked if I wanted to watch the game with him. Not wanting to say no to such a frightening gentleman, I followed him to a group of comfortable-looking chairs under a large umbrella, but was confused to see that all the chairs were occupied.

Ken pointed to one of his huge, brown knees and said, “You sit here.” Now, I don’t often sit on men who I’ve just met, but he had bought me a drink, so I figured it was safe. And that’s how I watched the rest of the match, held in the warm embrace of a large Samoan man and preparing myself to run if I felt even the slightest hint of a boner poking into my back.

Once the game was over, I hugged Albert goodbye and left. His English wasn’t good, but my best guess is that he’s the chief of the village, and it was a great honour for me to ride his knee for an hour or so. I’ll have to use that line on a lady sometime.

From there I kept rolling round the underside of Savai’i, before making it to Satuituti Beach Fales in the Latearvo. It’s a gorgeous place; right on the water, peaceful and incredibly cheap. My fale is a bit weird – really big, with four beds inside, making it feel like some sort of third world hospital. There are no hefty Samoan women attempting to mouth rape me, though, which is a real relief.

I had a good snorkel, a great feed, and then settled back with a beer and some music while the elderly couple in the next shack played naked Twister all night. I kept waiting for an invitation to join them, but it never came, so I just played pocket Boggle by myself and went to sleep while the waves lapped at my fale.

And that’s how my final night in Samoa panned out. Next stop – Fiji! 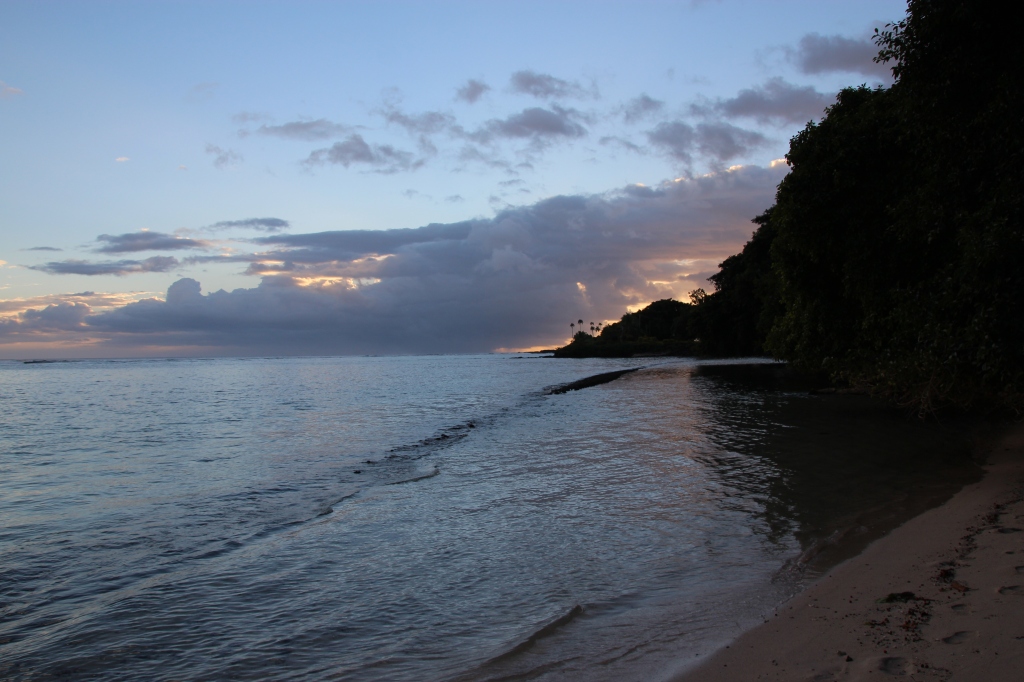