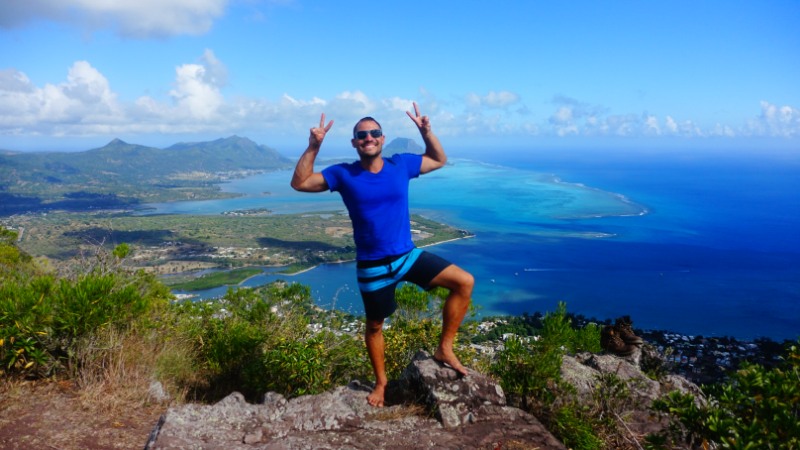 I don’t have a lot of luck when it comes to climbing mountains, so I was tempting fate when I decided to spend one of my final days on the Drunk and Jobless World Tour of Africa hiking up Mt Tamarin. The monolith looms large over the southeast coast of Mauritius, and I set out to conquer it under brilliant blue skies, hoping the bad weather would hold off long enough for me to make it to the top. I’m happy to say that I made it all the way, and it was fucking amazing.

Climing up Mt Tamarin isn’t easy or completely legal, so I was grateful for the advice I found right here. The track runs through private land, meaning there are a few obstacles in between an adventurous climber and the summit.  I had to start by clambering up to the top of a massive retaining wall surrounding a water reservoir, before sliding underneath a barbed wire fence. The track then weaved through dense forest, and up harsh, rocky terrain. It’s not a walk for the feint of heart, but anyone willing to brave the dangerous conditions is in for a helluva time. 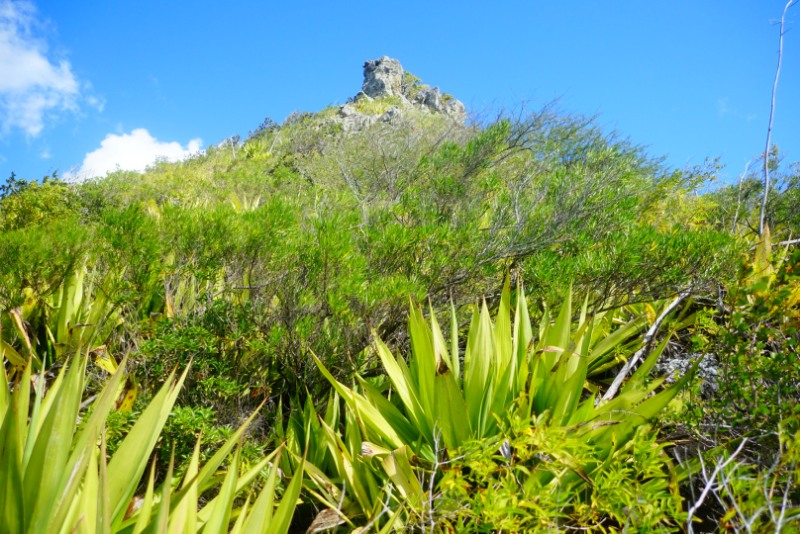 The track is very bloody steep and I had trouble scraping up the side of the mountain, and the journey was made harder by the sweltering conditions. I finally burst out of the jungle and found myself high abve Tamarin, looking down at the shining bay and gloomy salt mines. I kept working my way up whilst gazing in awe at the outrageous mountains that reached for the skies on all sides of me. The views just kept getting better and better, and I couldn’t wait to reach the summit. 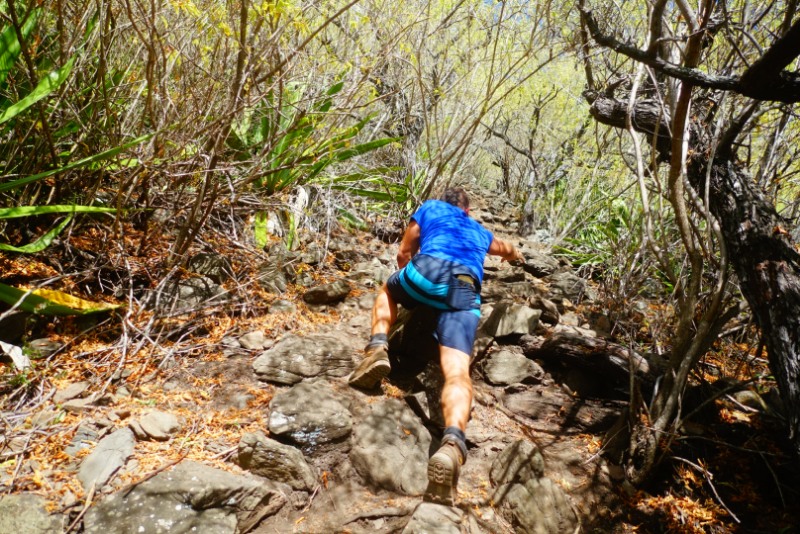 The track isn’t long, just a few kilometres, but provides a great workout because of how tough it is. There are no steps or railings, just a track that a goat would struggle to make it up. I slid down the hill a few times and cut myself up a bit, but chicks dig bruises, so I was cool with it.

The approach to the top is as steep as the price of a beer in a Sydney pub, but there are a series of ropes to cling to in order to make the ascent possible. After struggling to the very top, I just stood there and looked out at one of the best views I’ve ever seen (well, outside my bedroom). Bustling villages, golden beaches and endless reefs opened up beneath me as I gawped in wonder, struggling to process the beauty of what I was seeing.

Mauritius is such an incredible country, with so much natural splendour, but the majority of people who come here see little more than their resort’s deck chairs and all-you-can-eat buffet. By pointing yourself towards something that looks interesting – like that big damn hill I kept seeing at the end of Flic-en-Flack beach – it’s possible to discover some absolutely life-changing spots. 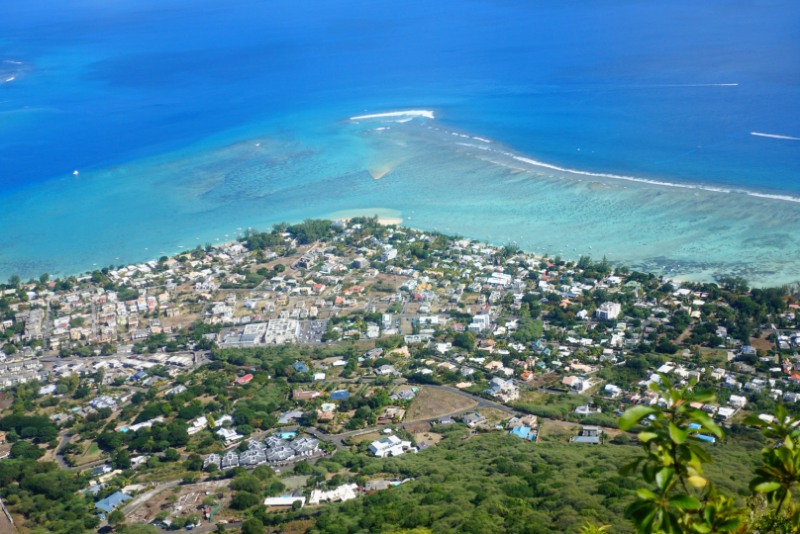 Unfortunately, a bit of a wind popped up and blew away all of my clothes, but I didn’t let that ruin my afternoon and still managed to take a series of photographs of myself. Actually, that’s a lie – Mark, a deeply religious friend of mine who is at constant odds with himself due to his rampant homosexuality, offered to give me $10 if I’d take some rudie nudie photos of myself. I’m not complaining; it’s the best money I’ve made in months.

The climb to the top of Mt Tamarin certainly isn’t for everyone – it’s tough, kinda dangerous and probably illegal – but it’s also just about the best thing I’ve done in my time in Mauritius. It’s not a tourist attraction, it’s a spot for the adventurous to test themselves and explore a place that not a lot of people have ever been to. I highly recommend it but, ah, if the cops catch you, don’t mention my name, alright?