The name alone conjures images of death and despair. Auschwitz is the most infamous of all the Nazi concentration camps, a place where one and a half million innocent people were brought to be gassed, shot or hanged by an insane regime. Today, the site stands a memorial to those who died, as well as a warning about the depth to which the human race can plunge. It’s a sad and moving place, and the main reason I’m in Krakow, Poland at the moment. 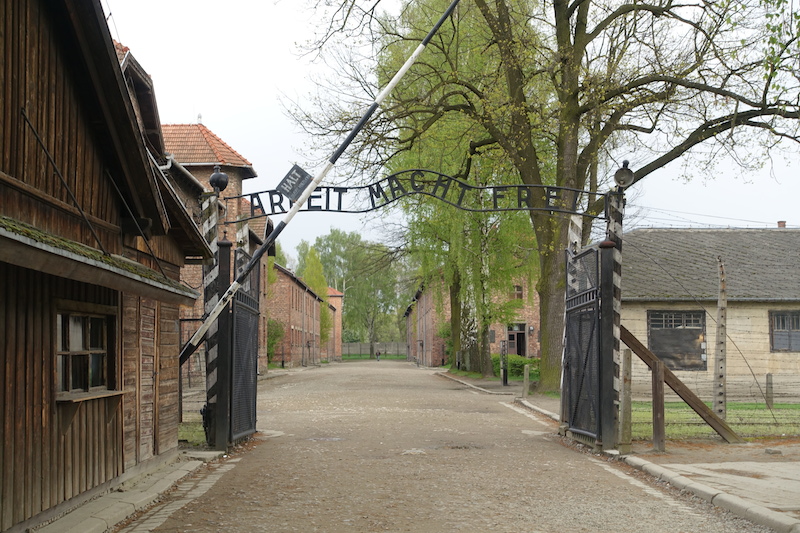 As an all-too-brief history (trust me, you won’t have any trouble finding more information on this place), Auschwitz was a series of extermination and labour camps run by the Nazi Turd Reich from 1940-1945, in and around the Polish town of Oświęcim. Jews, as well as Soviets and anyone else disliked by the Nazi scum were transported from all over Europe to be slaughtered at Auschwitz as part of the worst atrocity the world has ever known. Hundreds of thousands were gassed within hours of arriving, their bodies burned and their ashes thrown into pits. It’s an evil place where horrible things happened, and a lot of it is still standing today.

Auschwitz is a tourist attraction these days, attracting visitors from all over the globe. Because of this, I was a bit surprised by the lack of info on the internet regarding getting there. The official website suggests that bookings are necessary and, with all slots filled for today by the time I bothered booking, I thought I might miss out. I’m going to go into generic travel blog mode here and give you the info you need – bookings are only required between 10am and 3pm, and during those times you need to go with a guide. Don’t do that, because from what I could see they rush you through, while Auschwitz is a place that needs to be explored slowly, at your own pace, with time to reflect on the horrors.

Don’t book a tour, either, because they’re expensive and waste of time. My advice is to simply trot along to Krakow’s main bus station and jump on the next bus to Oświęcim (the original Polish name of Auschwitz), which costs only 14 Zlotys and drops you off at the door. The fascinating Auschwitz II–Birkenau camp is free to explore all day, so take the free shuttle up to that and have a look around, returning to the original site at three to see it at your own pace.

The Birkenau camp is an astonishing and heartbreakingly tragic place to visit, and certainly the highlight of the Auschwitz experience for me. It’s far larger than the original site, with the ruins of what were essentially holding pens for prisoners extending as far as the eye can see in all directions. Numbers can’t do the genocide of the Jewish people justice, but seeing this huge site really put it all into perspective.

At the rear of this camp stand the remains of two giant gas chambers that were used to murder hundreds of thousands of people, before being destroyed as the Nazis ran like little girls from the advancing Red Army in 1944. Each was only a few metres wide, by maybe 50 metres long, but they usually held 2000 people at a time. When the innocents had been herded inside – under the promise of a shower – containers of the pesticide Zyklon B were dropped inside, killing everyone inside within minutes. It was no different to exterminating bugs. 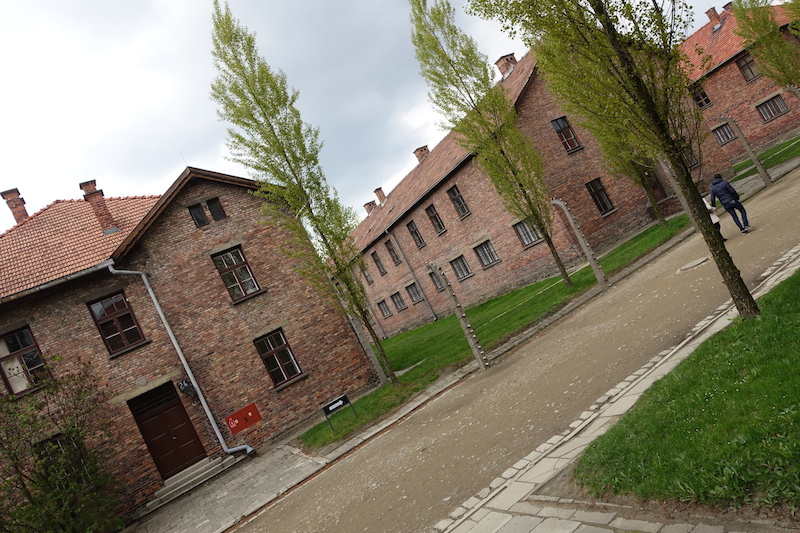 The more famous Auschwitz – I site didn’t have as much of an effect on me, but was still fascinating. Unlike Birkenau, with its bleak rows of shattered buildings, Auschwitz is largely intact, and looks and feels remarkably pleasant. The brick buildings, originally built by the Polish Army, look cute amongst the green trees and lush gardens. Seeing it today, with tourists being herded this way and that, it’s hard to imagine the nightmarish acts that took place there.

There are plenty of reminders, though, including one that hit me harder than any other. Hidden away in a room on the second floor of one of the many buildings, is nearly two tonnes of hair shaved from the corpses of victims of the atrocity. The disturbing piles of fur are something tangible, a true link to the terror, and it’s a stomach-churning part of the museum that really affected me.

The most shocking part of my trip was venturing into an intact gas chamber, where countless people died horrible deaths. I walked into the chamber behind a tour group, and when they were rushed out a few minutes later, I had the place to myself. It was weird, standing in that room of death, and when I touched my hand to one of the walls, I felt a brief but powerful wave of emotion wash over my body. It lasted less than a second, but some of the pain and terror transferred into my body for that moment, and I was left shaking and thinking it was an experience I never would’ve had if I was on a tour.

A day at Auschwitz isn’t fun, but it is worthwhile. It’s impossible not to be moved by what happened there – both the disgusting nature and number of the deaths, but also the unbreakable spirit of those who somehow survived. The time I spent there will remain with me for the rest of my days, because Auschwitz is unlike anywhere else on the planet.

One thought on “Auschwitz”