Women call me lots of things, from the West Gosford Wildcat to “Hey you in the bushes!” to names that aren’t fit to print in a family friendly blog such as Drunk and Jobless. But the most common name is The Mauritius Delicious, due to the fact that I have Mauritian heritage and am very tasty indeed. So when I decided to head over to Africa, it was a no-brainer that I would end up in the island nation of Mauritius, to trace my family roots. First stop, Grand Baie, in the north of the country. 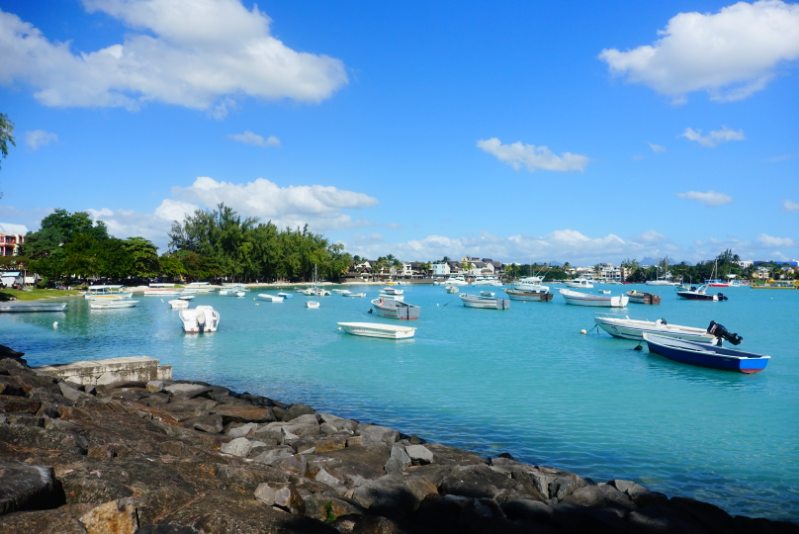 I’ll get the obvious out of the way – the scenery is stunning, with countless perfect, palm tree-lined beaches, calm bays and pretty villages. It would be impossible to visit Mauritius and not be knocked over by how wonderfult it looks. This part of the island is too developed for my tastes, with lots of resorts full of fat cunts who probably won’t do anything more adventurous than visit the all-you-can eat buffet, but it still has a good atmosphere. I’ve certainly been to worse places.

Mauritius certainly doesn’t feel like Africa, and that’s because it isn’t really. The scenery is more reminiscent of Asia or the Pacific, and the culture is a mix between Indian and French – I’m surprised I haven’t seen a little bloke wearing cricket batting pads and a beret. In some places it looks completely first world, and in others it looks like a back alley in Bali, with open sewers and stray dogs. The public transport is all over the place and very slow, but the whole country seems to function reasonably well, especially compared to some of the desperately poor places I’ve been to lately.

The beaches are overflowing with tourists and locals, who seem to prefer bludging on the sand or getting pissed under trees to actually working. Come to think of it, I’ve never felt more at home! Most of the locals are of Indian heritage, but there are also a lot of black people with pineapple-like haircuts, and even a few people who look a bit like me and my family. No wonder the locals are so surprised when they give me a cheery, “Bonjour!” and I reply with an equally cheery, “G’day mate!” In fact, I fit in so well with the locals that I was mistaken for one. 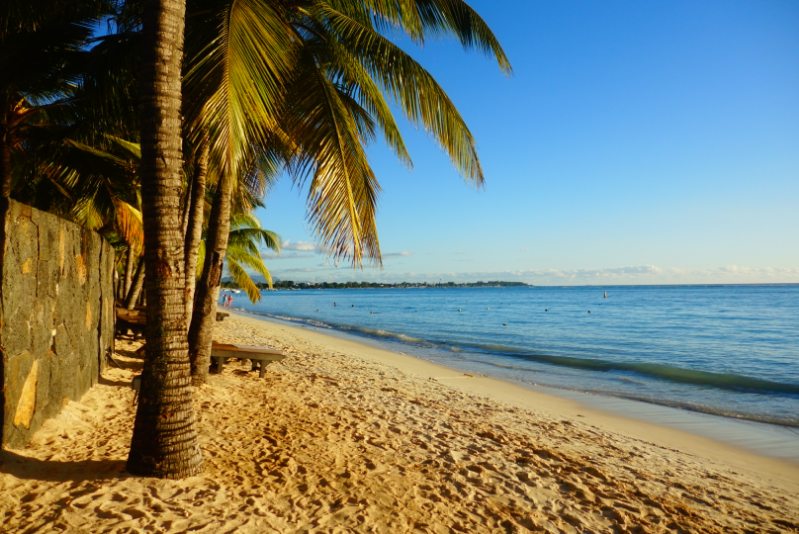 After a nearly two day trip just to get here, the first thing I wanted to do in my ancestral homeland was get shitface, so I headed along to a beach bar called the Funky Banana or something like that. The important thing is that it was heaving with hot honeys. I took a look around, noted where the best talent was, and then swaggered up to the bar and ordered the cheapest beer they had.
“Of course, Pierre,” the little bloke behind the bar said. “Would you like me to put it on your usual tab?”
“Yes, I would,” I replied with a smile. “And since it’s such a good day to be Pierre, perhaps you could put that cheap swill back where you found it and get me a nice tall glass of the most expensive beer you have. Actually, make it two. Ta.” 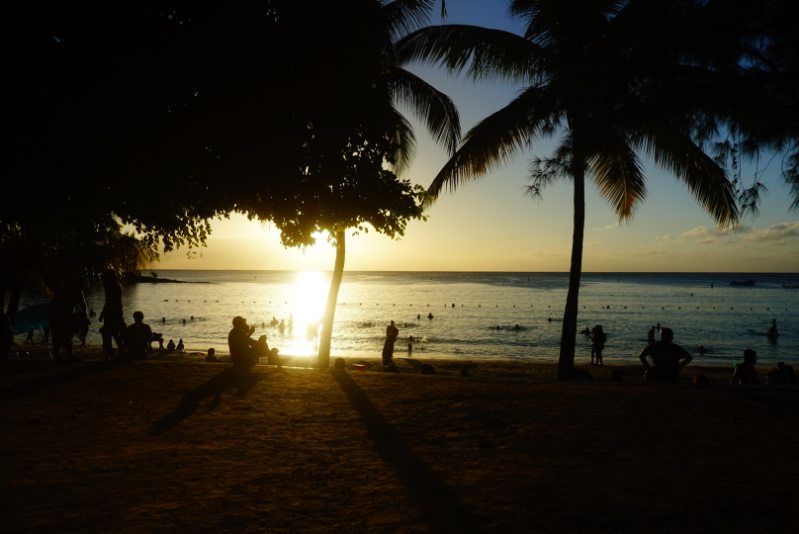 I was skolling my stolen hard-earned beers when a big, tough-looking dude with plenty of tattoos and a packet of cigarettes rolled up in one sleeve came over. He looked me up and down and then leaned in close.
“Yo Pierre,” he snarled, and his breath smelled like he’d been snacking on dog turds all night, “you fucked my sister, so now we gunna fight.”
“Well, before you punch me I’d better let you know that I also fucked your mother, your grandmother, and your dad. That’s right, he’s gay,” I smirked, while the tough guy fumed. “But if you wanna fight me, Pierre, tonight, I’ll meet you in the toilets in half an hour. Now fuck off and buy a toothbrush.” 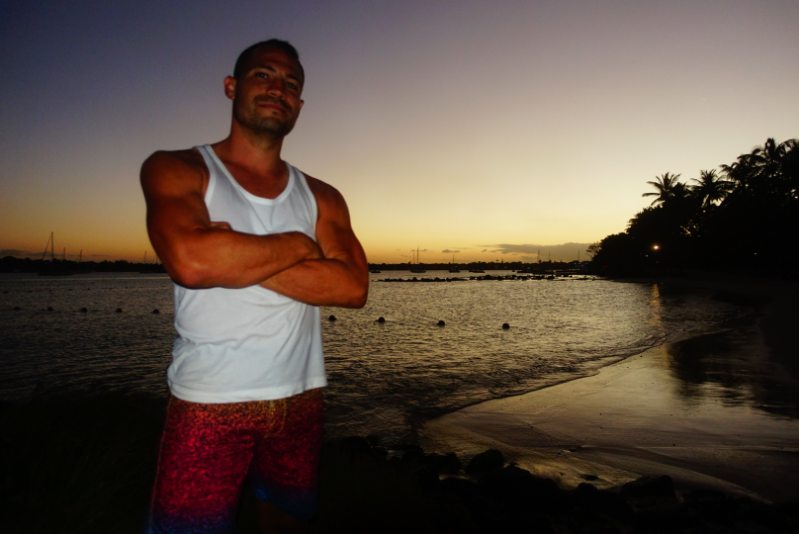 After grabbing another couple of beers and putting them on poor ol’ Pierre’s tab, I was sitting under a palm tree when a stunning, dark-skinned 18-year-old walked over, gave me a kiss on the cheek and sat down opposite me. Her tits were just about falling out of her top, and I had to smash one of my beers to stop myself from ejaculating in my shorts.
“You were wonderful last night, Pierre,” she said. “Are you up for round two tonight?”
“I most certainly am, love. In fact, it’s probably best that we get out of here right now. I’ll just pop to the bar to get a couple of roadies and we’ll head off. Is Moet alright with you?” 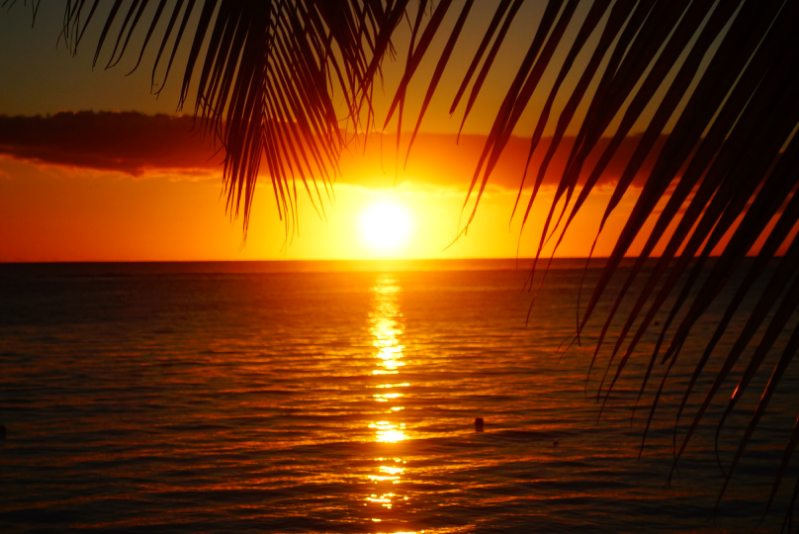 I gave the lass a good squeeze on the arse, and then we made our way out of the Funky Banana. In the harsh neon light of the club’s surrounds, I watched as a Porsche pulled up and a shockingly handsome fella climbed out. Our eyes met, and he came straight over to me, obviously speechless.
“Pierre, I assume,” I said, holding my hand out to my doppelganger.
“Oui oui,” he replied. “But how… what… you look just like me. It is like looking in a mirror.”
“We must be family, mate. I knew there’d be some stray members around here. Now as you can see, I’ve got my hands full, so I’ll have to get the fuck out of here. Thanks for the drinks and, ah, you might wanna stay out of the toilet for a while.”

One thought on “Putting the Delicious into Mauritius”