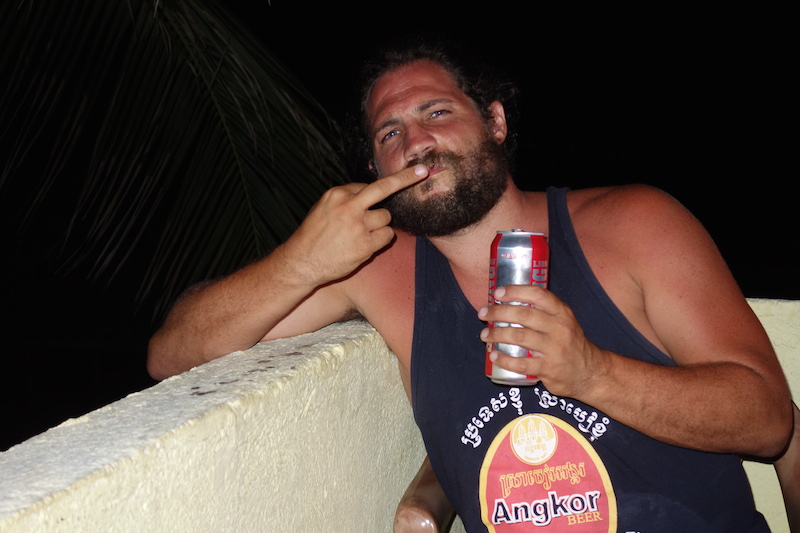 Beer isn’t easy to come across in Sri Lanka,so when I found a restaurant near my hotel that sells cans of God’s Golden Nectar (alright, the little fellas run down the street and buy it from some bloke and then race back with it, but it’s the same thing), I thought I was in heaven. To make things better, the beer in question, Lion Strong has an alcohol percentage of 8.8 – enough to kill a full-grown elephant.

I ordered five cans and carried them back to my room as carefully as if I were carrying the holy grail. I chucked some music on, took a seat on the balcony overlooking the ocean, and took a big swig of beer… Or, at least, I was expecting it to be beer, because what filled my mouth tasted like a mixture of unleaded petrol and runny dog shit.

Lion Strong can barely be called a beer. It tastes more like cheap, canned bourbon and coke due to the high alcohol content, and has a horrible, syrupy texture. It’s absolutely putrid. I was gagging like a midget in a blowbang as I tried to force the dirty water down my throat, and the locals probably thought I was dying, and planning to chuck me in that night’s curry.

While it’s a truly revolting drink, Lion Strong packs a massive punch, and after five cans I was fucking smashed and passed out under a palm tree, only to wake up with an old Sri Lankan woman stroking my hair and calling me a pretty baby. I think I’ll stay away from the Lion Strongs from now on. 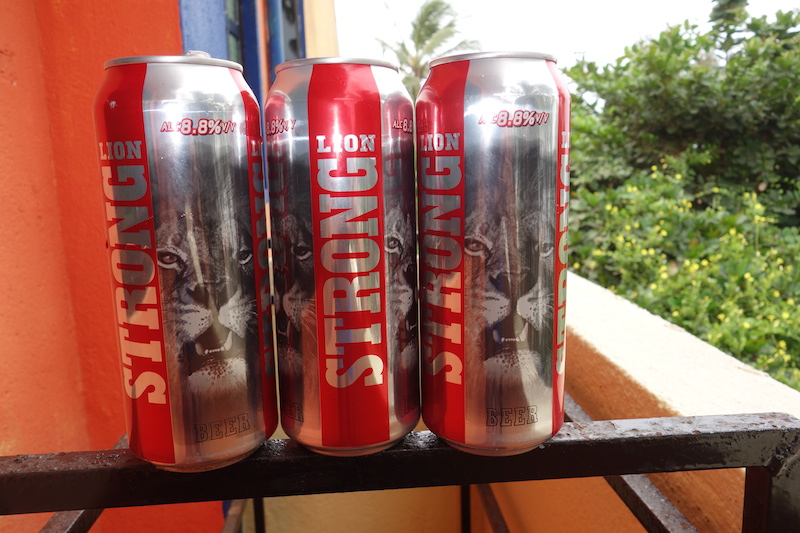