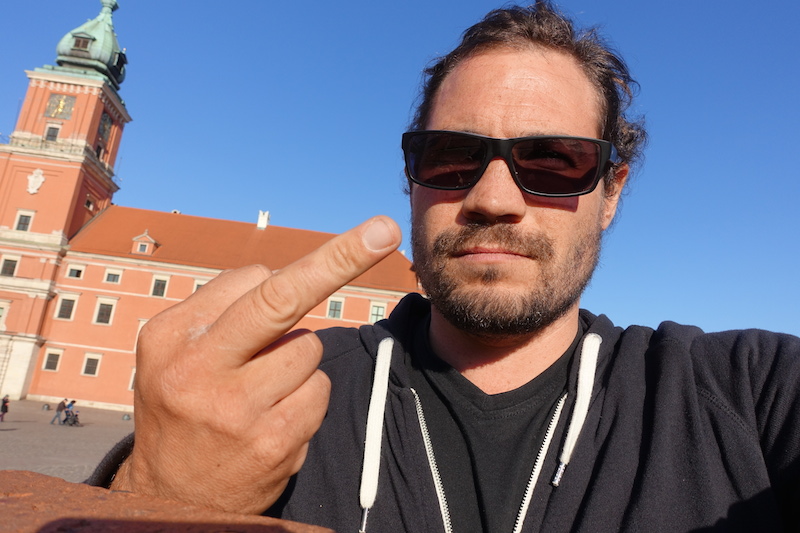 I’m in Poland, but I haven’t seen too many poles – but then again, I haven’t hit the strip clubs yet! My journey through this Eastern European country with a tragic past has started in the capital of Warsaw, which has plenty to offer – especially if you like bits of meat wrapped up in bread.

I expected Warsaw to be worn-out and ugly, but that’s not the case at all. Like a pensioner with a fresh bottle of Viagra (hi, Dad!) it has a new lease on life. Massive steel-and-glass skyscrapers dominate the skyline, while wide streets are full of modern cars. I didn’t even see a single person shitting in the street, which was a bit of a disappointment.

While nice and easy to navigate, the new part of Warsaw isn’t exactly inspirational. There’s not a whole lot to see and do, so it’s the Old Town, over by the river, that attracts the most tourists. And it is, uh, not really that interesting either. A bunch of old buildings, some statues (sadly, they were mostly up on poles [actual poles, not Polish people] and so I was unable to have sex with them) and lots of souvenir shops. Riga and Tallinn both did it better. 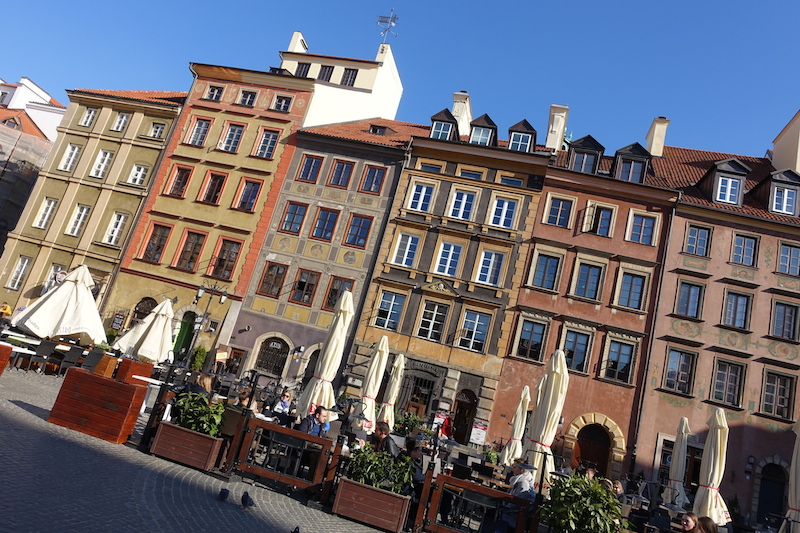 I dropped into the Uprising Museum, which was full of info on Poland’s horrible history, and is worthwhile simply to get an appreciation for what these people have gone through. Like the rest of Warsaw, it won’t make you jump up and down on the spot and wave your arms around like one of those inflatable dudes who hang around outside used car dealerships, but give it a crack.

With not much to do in this place, it’s no surprise that alcohol flows like a lesbian’s period, and there are hundreds of 24/7 alcohol shops. They’re called Alkoholes, so I decided to show off my own alkohole. Aren’t I hilarious!

While Warsaw isn’t the most exciting city on the planet (that honour goes to Dubbo), it does hold one very special title – it has more kebab shops than pretty much anywhere else. Deadset, there’s a kebabery on pretty much every corner, and all the little Polish champions are wandering around with steaming kebabs in their hot little hands, stuffing them into their chubby little faces. It’s a kebab-fancier’s wonderland.

The kebab servings here are huge, and unfortunately that means that some punters have to throw half their meal in the bin. It’s not so unfortunate for the local hobos, who eat like fucking kings after rifling through bags full of dirty nappies, used syringes and dog turds in order to find half a doner that’s probably been spoofed on by some drunken American exchange student. 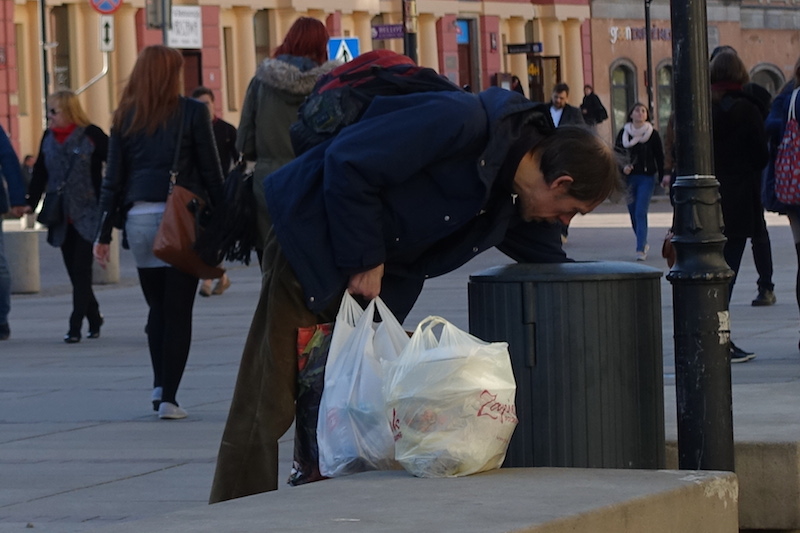 By the time I finished I was really tired and my feet were hurting – I guess you could say they were War-sore!

Kebab of the day: Look at this beauty!

Beer of the day: This one was pretty good.