I was up at 6:30 and, unlike the morning after most alcohol-fused binges, I felt great. Shit, I need to skoll kava and dance with Fijiian men every night. The weather wasn’t feeling so beaut, though, and it was piddling down on the Yasawa Islands, Fij. I spent the first half of the day just bludging around like a drongo, reading and watching episodes of Californication. Fuck it, I’m on holidays, I can sit around wanking into half-eaten bags of chips if I want… uh, not that I actually did that. Promise.

”Unfortunately, the stockmarket doesn’t stop just because I’m on a tropical island,” he gasped, then stuck out his hand. “Hi, I’m Buster.” Buster is a cunt.

He wouldn’t shut up about shares and money and other crap that has no place on a beach holiday. I steered the conversation back to something vaguely interesting, but Buster kept swerving it back to the most boring shit you’ve ever heard. And he kept acting like he was my mate, making me look like the second-biggest turd in the room. The Pommy girl left in a huff, and I was stuck there with bloody Buster. After a particularly long spiel about being a maverick investor and a bit of a punk, which he proved by showing me a small tattoo of a pig on his butt cheek, I gave him the sound advice to invest in a fucking personality, and headed off for a snorkel.

Despite the weather, it was nice out there. Lots of fish and some decent coral. Despite the grim skies, it was still bright and bubbly in the drink, and I couldn’t help wondering how glorious this place is when the weather’s fine. I splashed around for a good hour, then flopped back onto land to put a dent in the litre of vodka I’d smuggled from the mainland.

After dinner I was well sloshed, and we were all herded to the main bar for a traditional Fijian dancing demonstration. The music started, and then all the fellas we’d drunk with the night before came out dressed in grass skirts, prancing around. I don’t know how they feel about it, but I found it humiliating, and very uncomfortable to watch. It was like we were in a zoo, with these savages paraded in front of us for our amusement. Only they’re not savages, they’re normal dudes, born into unfortunate circumstance and forced to dance like monkeys for a rich white boss who was the only one making money. Yeah, I empathised with them.

On the other hand, all the girls in the room were getting massive wide-ons, so the boys don’t have it so bad. Then Buster cornered some of the Fijiian fellas and started telling them what markets to invest in, and aggressively telling them that the only reason they had to wear grass skirts was that they’d missed the IT bubble or something.

“The stock market isn’t only for devil-may-care mavericks like myself, you know,” he espoused. “I didn’t make my first million by wiggling around in a grass skirt, nor did I make my second million by singing a strange ethnic song. It was bravery, skill and an impish grin that got me where I am today.”

I’d heard enough, so I took a half-full coconut, swaggered up to Buster and poured it down the front of his pants so it looked like he’d pissed himself.

“Did you make your third million by pissing yourself?” I asked, then gave one of the Fijians a high-five as the room erupted into laughter and Buster left in tears.

The scene degenerated into a bunch of hippie backpackers talking about bullshit, which isn’t for me, so I retired to my balcony to listen to Billy Bob Thornton and get quietly sloshed. Jojo rocked up and we talked about the differences and similarities in our lives until he started having trouble understanding me. He said he wanted to move to Australia and play football, and I told him that one of the many women I had disappointed in the past had moved over from Fiji. I tried in vain to work out how to contact her on my phone, until I passed out.

Oh well, at least I tried. 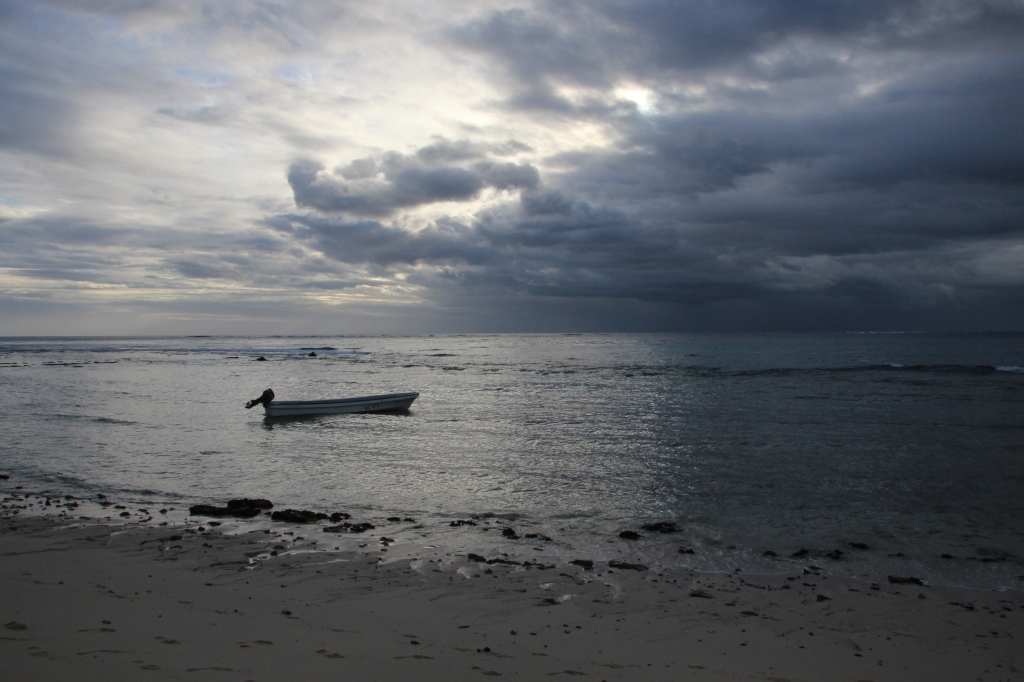 I wrote this back in 2013, but don’t worry, I head out on a new adventure in just one week! I’ll be in Tasmania for a week and a half on the Bauer Media World Tour, and the place will never be the same again! Actually, it will, but that just sounds cool.