Sri Lanka doesn’t have a whole lot of Olympic gold medal-winning racewalkers. Alright, there’s Surav Fingabang and Karu Sukadingdong, and Anil Pushapooalong probably would’ve won in 2012 if he hadn’t been bitten by a dog during his warm up, but the fact is these people don’t like walking. There’s a reason for that – it’s really fucking hot.


That didn’t stop me pointing at a spot on the map six kilometres from my hotel and saying, “I can bloody well walk there!” That’s because I’m a complete dickhead. I toodled out the door with a smile on my face and a song in my heart, aiming to get to the end of Batticaloa’s famous Dutch Bar, so that I could catch a glimpse of the legendary Batticaloa Lighthouse. After a couple of kilometres of I was huffing and puffing in the 37 degree heat, so I stopped off for a swim.

Kallady Beach is wide and sandy, and the water is warm and clear, but it’s not one of the world’s best beaches. It’s very Asian, in the sense that there’s rubbish everywhere. If you’re after a broken pen and couple of hundred bottles full of seawater, this is your place. In saying that, it’s still a beaut place for a swim on a bloody hot day, and it has some waves. which sets it apart from every beach I’ve been to since leaving Aussieland.

I made it another couple of kilometres along dusty, abandoned roads, before calling it quits. I was dehydrated and overheated to the point where I seriously considered sucking the milk out of a passing cow’s teat (even worse, it was a male cow), so I turned around and started back along the road, without ever seeing the lighthouse.

Oh, and I stopped to ride a merry-go-round. Weeeeeeeeeee!

When I finally made it back to m hotel I was half-mad from exhaustion and dehydration, and brought myself back to life by swimming in the pool in my undies and doing bombs to impress some big-titted Norwegian sheilas who were hanging out there. They weren’t impressed at all and asked me to stop, which leads me to believe they’re probably lesbians – gay lesbians. happens all the time.

To make up for that disappointment, the sun put on a fantastic performance as it went down (I’ve described my ex-girlfriend in similar terms). The sky burned orange as I said goodbye to another brilliant day in Sri Lanka, and turned my sights towards the long, difficult journey back to Australia… 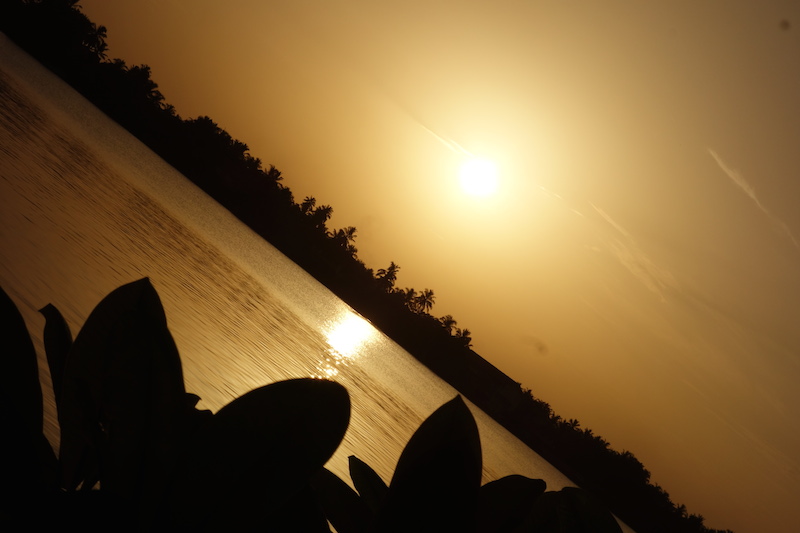 One thought on “You son of a beach!”