Well, the dream is over and the adventure is nothing but a memory. I’m back home in Australia, it’s about nine degrees, and I can’t help wishing that I was still exploring strange lands on the other side of the world. My two months travelling through the Dark Continent have come and gone, and the astonishing landscapes and beautiful people of Africa are now thousands of kilometres away, but the things I experienced and the people I met will always be a part of me. 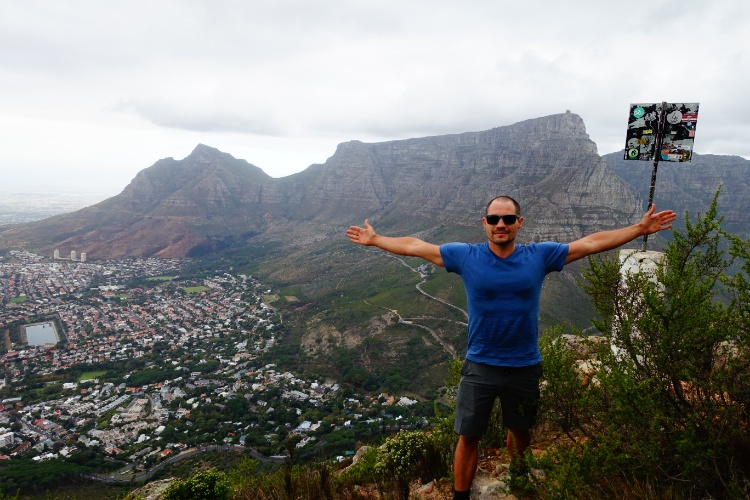 Africa was never a place I really wanted to visit, largely because the Australian perception of the continent is one of death and violence and chaos. Even leading up to my trip, I kind of felt like it was a place I should visit, rather than one I was actually passionate about seeing. That changed the moment I stepped foot in Africa. For that reason alone, it was the most surprising place I’ve ever been to – and my journey through Africa turned out to be the most enjoyable overseas trip I’ve ever had. If you’re tossing off up about going, just book a flight over there and go for it. Where else can you climb a mountain, dodge a carjacker, get chased by a lion and get smashed on great beer in the same afternoon?

I was very aprehensive about what would welcome me in Cape Town, and was worried about even making it from the airport to my hotel. The slums that slid past the bus window as I stared out in wide-eyed wonder did nothing to ease my apprehension, but it didn’t take me long to fall in love with the city. It’s certainly troubled, but it’s also overflowing with incredible hiking trails, lovely beaches, top restaurants and pubs, and some truly special women.

They call Cape Town the gateway to Africa, and it was the perfet entryway to the place. After renting a shitty Hyundai that even a sex offender would be embarrassed to drive, I found the rest of SA to be even more incredible. The rugged coastline, the misty mountains, the freaky animals, the beer, the dried meats, the gigantic fruit – dude, the place rocks. And despite having a reputation for being knob-jockeys, I found the Saffas to be the kindest, most helpful people I’ve ever met. Of course, I’m not black, which might have something to do with it.

Through the remote mountains of Lesotho, across the rolling hills of Swaziland, past the wild waters of Zimbabwe and shambling dead of Zambia, the beating heart of Africa entranced me and caused me to fall madly in love with the place. It’s no wonder that people have been travelling around the world to explore the wilds of Africa for so many years. It’s the sort of place that draws in the adventurous, the open-minded, and the lost.

In Malawi I found a special place surrounded by mountains, where the water is crystal clear and full of neon fish and lethal parasites. On the beaches of Cape Maclear I found peace and happiness in a place where few people have ever been. I visited so many memorable places in Africa, but the Cape tops them all, and the memories of the week I spent there will always bring a smile to my face.

After living amongst poverty and desolation, it was strange to end my journey on the tropical beaches of Zanzibar and Mauritius, where most people are most definitely tourists and not travellers. It would be wrong to call these places let-downs – they’re incredibly beautiful and I highly recommend both destinations – but it was disappointing to be back in civilisation, having given left the remote backwaters and interesting people that are inevitably drawn to them.

It was a privilege to cross paths with people having their own adventures in strange lands, and I cherish the friendships I made with people I’ll probably never meet again. It’s surprising how strong the bonds between travellers can be – when you’ve got nothing and no one to tie you to your normal life, that dude or dudette you bumped into at the hostel can feel like a lifelong friend. And that’s what travelling is really about – meeting people from different backgrounds and becoming a part of their life for a day or two.

Oh, and what happened to Prince Imotep, the Nigerian royal who sent me an email asking me to help him move his millions, thus kicking off this who adventure (before promptly being forgotten)? I dunno, let’s just say he came through, sent me the money, and I’m now so rich that I own a helicopter and one of those fancy Japanese sex robots. How that for an awesome through-story with a satisfying and believable conclusion? I really should be a Hollywood screenwriter or something.

I wandered through Africa for two months, but it’s only since returning home that I’ve truly felt lost. There’s a line in the Third Eye Blind song Deep Inside of You that goes, ‘I’d walk with my people if I could find them’, and I think that for a while I was in-step with people I have something in common with.

Oh well, there’s no time to wistfully ponder my time in Africa – I’m heading to Bali in a few days for a month of paragliding, drinking, and being awesome. What can I say, it beats sitting in the office. 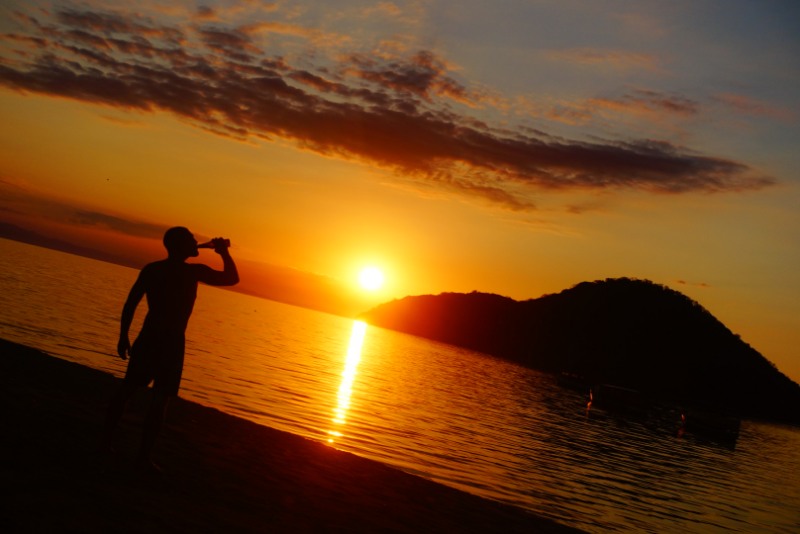