Bingin is pretty much the bigger, more developed brother of Balangan – which is pretty much the same role I play in regards to my brother. I certainly can’t match him when it comes to eating Dagwood Dogs, however. The track down the cliffs to Bingin is steep and winding and offers awesome views out over the ocean, with all sorts of shacks and restaurants clustered around it. I’d say it’s not recommended for wheelchair people, but a little Balinese bloke would probably carry you down for a few dollars, so go for it.

The beach itself is really nice and quite unique. Cliffs rise up from the water, completely covered in huts and hotels and places to drink Bintang. It’s heavily developed, but in a nice style that makes it feel like the way it is right now is the way it was always meant to be. Of course, the wooden shacks will probably be knocked down and replaced with a fucking McDonald’s in a few years, but at the moment it’s pretty perfect. 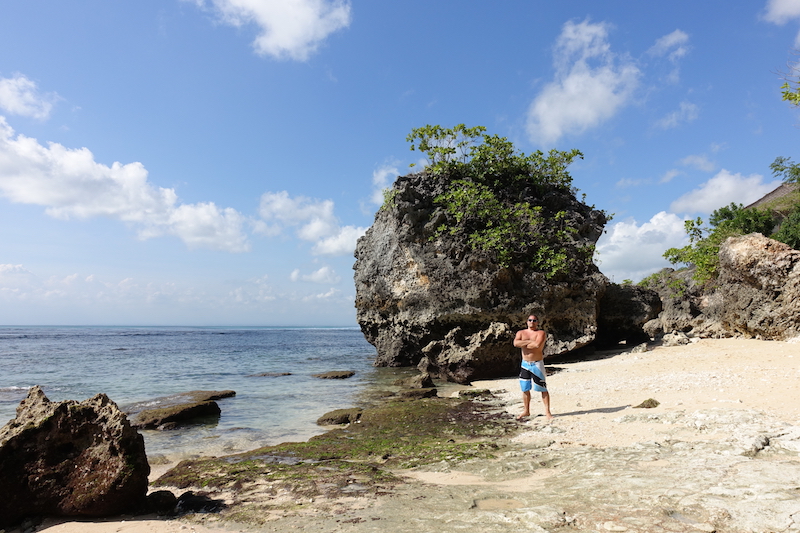 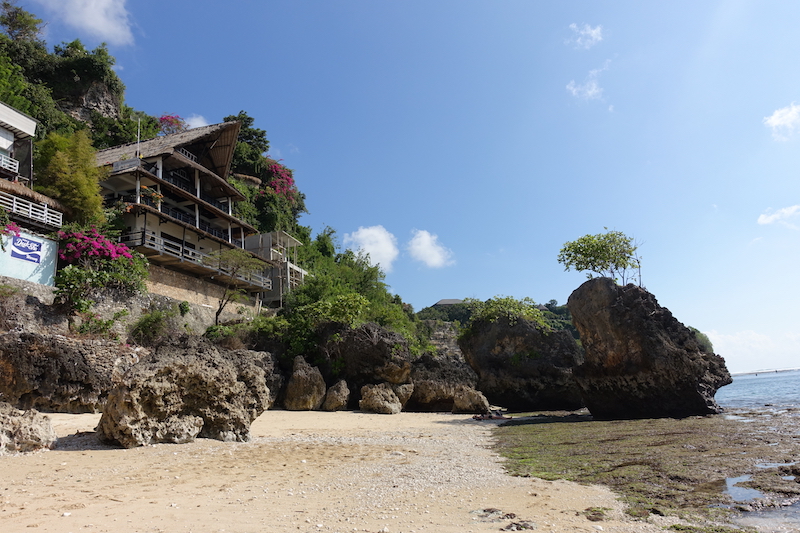 The Brazilian bozo didn’t order me off the beach with a threat of beheading me and defecating down my neck (he was too busy kissing my lady friend, which he probably wouldn’t have done had he known where that mouth has been; spoiler alert, MY PENIS!), so I spent the afternoon splashing around in the water and checking out the sexy bikini-clad European women ambling about. It was a bit like one of those black man rapper videos where every chick is really hot and there’s not a fatty in sight, although when I started spittin’ sick rhymes about bitchez and money and stuff like that, I wasn’t met with nearly the same amount of applause as Jay-Z or Vanilla Ice would be. 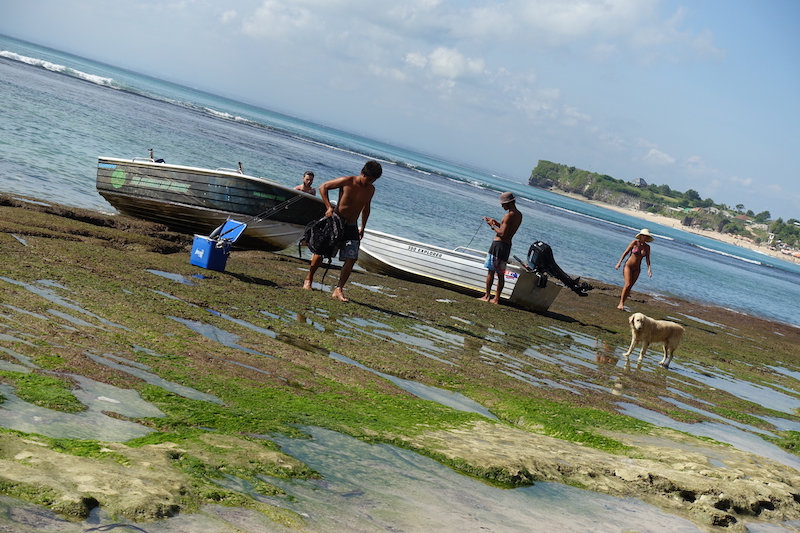 With my lady friend edging ever closer to having a Brazilian baby and few other people on the beach looking like they wanted anything to do with me, I made my way back up the steep track (I’m lying – I paid a Balinese dude to carry me) and raced back to Balangan. When I got there, I was treated to a sunset that was truly a gift from the gods. Sometimes everything goes wrong, and sometimes life isn’t easy, but a sunset can put everything into perspective and let you know that it’s going to be cool in the end.

As I’ve gotten older I’ve gained a greater appreciation for sunsets. The uniqueness of each one, how fleeting they are. Every sunset is one less that I get to enjoy, so for now, I’m going to make the most of every fucking one of them. Now where’s that funny-looking dog gone?