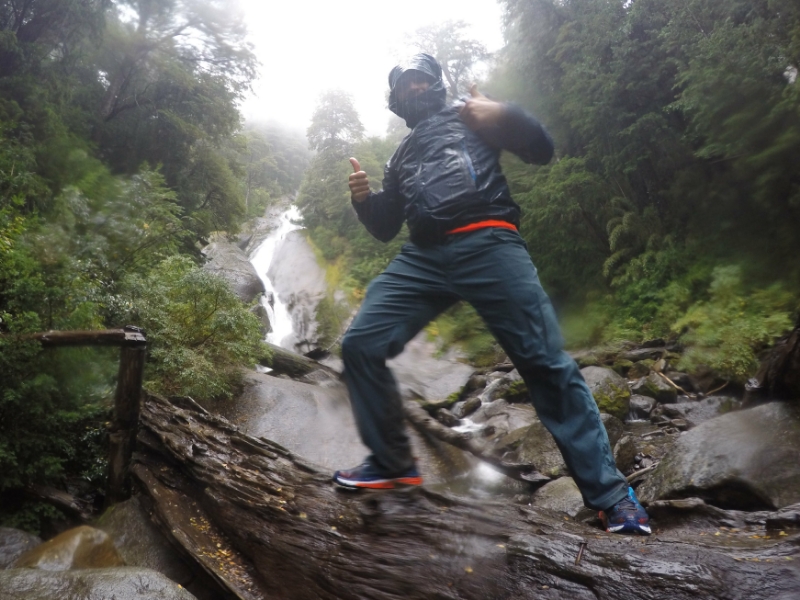 After sleeping off my hangover, I woke up bright and early and ready to hike to the top of Volcan Villarrica, near Pucon in Chile. But when I skipped outside, the big bastard wasn’t there anymore. It was like he’d thrown up his massive molten hands during the night, said ‘Fuck it’ and just walked off, leaving a gaping hole where he’d once been (and no, I’m not going to mention my ex-girlfriend here). It seemed like magic, but it wasn’t – the weather was absolutely garbage, with rain pouring in and myst swirling around, meaning I could barely see the empenada in my hand. So I did what any sensible person would – I went for a six-hour hike in Parque Nacional Huerquehue. 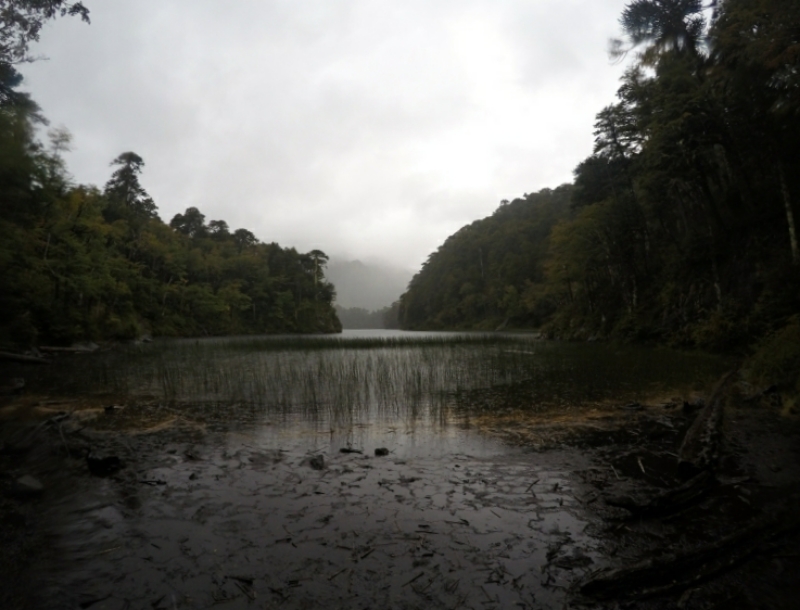 The Parque is one of the most famous in South America, with hiking enthusiasts travelling from around the world to bask in the glory of its remote lakes and rugged cliffs. The views from the peaks are monumental when the weather is fine, but I wasn’t sure how much I’d see in a downpour. I needn’t have worried, because I was treated to a unique, ferocious, beautiful experience that was well worth almost drowning for.

Huerquehue is around an hour from Pucon, with buses available to deliver you right to the front door. It’s an interesting trip, with the ricketty old wagon climbing steep dirt tracks and descending into thick forests. Once at the park, there are two main hikes – the Los Lagos, which I took, and the more difficult San Sebastián, which was out of bounds because of the tempest. I was just about the only person stupid enough to be out there that day, so I really did feel like I was leaving civilisation behind and marching into somewhere truly isolated. I zipped up my jacked, checked my snorkel (Oi! Stop snickering!) and headed off into the unknown.

It’s a ravishing walk, first snaking through the thick Araucaria araucana, before racing along the edge of the picturesque Lago Chico. I would’ve like to sit down and soak in its glory, but I was almost getting knocked over by the wind and rain, so I bravely kept going. Of course, maybe I confused bravery with stupidity, because as the track started winding up the side of a cliff, I was slippin’ and slidin’ all over the place, and went closse to rolling all the way back down to the start. 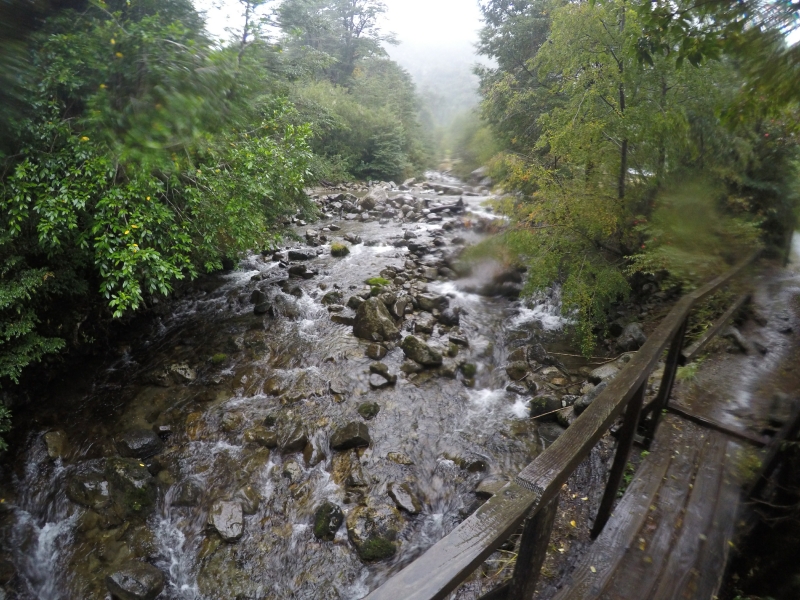 There are a couple of majestic waterfalls during the climb that are truly spectacular. Nido de Águila and Trafulco come crashing out of the forest, with huge plumes of water spraying throughout the foliage. I felt tiny next to them – an experience similar to when I ended up between a couple of members of the West Indian cricket team at a urinal a few years back.

Once I made it to the top of the mountain – a height of more than 1000m, and around 8km from the entrance – I was presented with a delicious platter of lakes to explore. Laga Toro is an incredible place, and the horrible conditions did nothing to detract from how wonderful it is. In fact, when the wind picked up and the rain started scooting horizontally across the surface, I stood back in amazement at how raw and savage it all was. Sure, it would’ve been nice to see it on a bright sunny day, but I think the conditions allowed me to see the true ferocity of the Chilean wilderness.

With the weather getting worse by the minute and everything getting wetter than a fish’s arsehole, I made the decision to turn around and aim for the earlier bus home. It was at that point that I realised my phone was also on the wrong side of damp, which was disappointing in itself, but also led to one of the lower points of my life. I needed to find something to dry it with, so when I passed a filthy toilet block, I popped inside in the hope of finding some toilet paper. I was in luck, because there was some toilet paper – a whole bunch of filthy, shit-smeared scraps in a bin in the corner.

As I sifted through the bin to find a few pieces that weren’t completely encrusted with the remains of last night’s completo, I couldn’t help thinking that I’d wandered down the wrong track in life. But as I tidied up my phone with a chunk of paper that had ended its life deep within the sweaty arsecrack of an overweight Chilean bloke, I was certain that I hadn’t wandered down the wrong track when it came to Huerquehue. If you get a chance to go there, do it – and please leave a few squares of shit-free bog roll in the dunny, just in case.

How do you pronounce Huerquehue? I have no fucken clue!