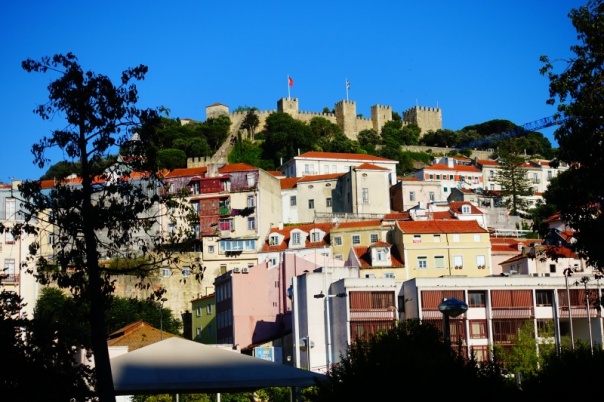 Lisbon doesn’t have a spectacular harbour like Sydney, Hong Kong or Woy Woy, but it is on the water, and has a few things to offer those who are after a stroll along the agua. The 25 de Abril bridge looks a bit like that one in San Francisco, but hopefully not as many people commit suicide by jumping off it. Maybe it’s because the bridge is next to Santuário de Cristo Rei, a statue of Jesus that looks just like the one in Rio. I like to think the big fella has a quiet word with anyone feeling blue enough to end it all.

A short powerwalk along the Tagus River reveals the enormous Padrão dos Descobrimentos, a 52-metre-high monument to Portugal’s history of exploration. It was finished in 1960 and boasts 33 statues of famous Portuguese explorers, all of whom have funny names. It costs five Euros to climb to the top, but I didn’t because I got distracted by a chick with big tits and forgot to.

The best thing to see along the waterfront is the 500-year-old Belém Tower, which was originally built defend the city before being converted into a place to imprison homosexuals. Once it became obvious that the homosexuals quite enjoyed being locked up in a dungeon with dozens of like-minded individuals, they were all drowned in the river and it was converted into a regular prison, with only a three percent drop in the amount of gay sex.

Lisbon is really hilly and the Portuguese only have little legs, so they built a bunch of funicular railways to carry them home after loading up on bacalhau and vinho verde. The most famous of the three remaining funiculars is the Elevador da Glória, which was handily located just around the corner from my hostel (which was very handy for getting home after drinking my body weight in cheap supermarket beer). 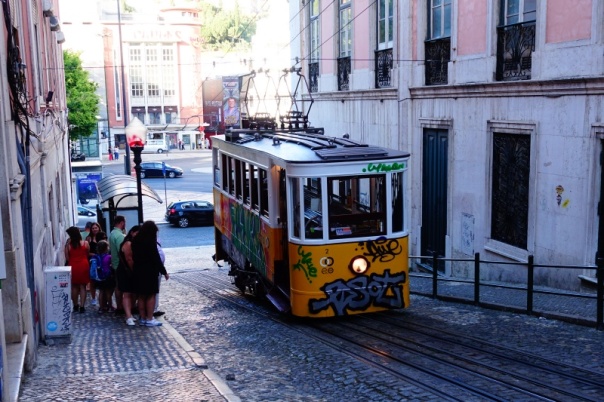 Gloria was opened in 1885 and rolls a few hundred metres from Baixa up to Bairro Alto. It costs three Euros to head up or down, so it’s best to buy a transport day pass for six Euros and ride the bloody thing all day long. The best part is that when you get off at the top, you can dance around like you’re in the opening of Full House.

3. BLISTER IN THE SUNSET

There are few things more enjoyable than smashing ice-cold beers while watching a glorious sunset in an exotic city. Alright, maybe watching the Raiders beat Manly 50-0 in the grand final with an endless supply of free beer and meat pies at hand would top it, but you get the point. Lisbon is an ace place for watching the sun go down because it faces west over the ocean and has heaps of stunning lookouts.

Miradouro de Santa Catarina and Miradouro Santa Luzia are great spots, but the best I found was the snappily-titled Miradouro da Nossa Senhora do Monte. The name means ‘Our Lady of the Hill’, and it’s easily accessible by wandering through the Graca district’s labyrinthine alleyways until you either stumble upon it or die of starvation. Situated in the grounds of an ancient church, the view is tops, but the best thing is that there’s a bar serving nice big jugs of Sagres (and some overpriced food, so bring a bag of chips). By the time the sun finally disappears, you’ll be so smashed they’ll have to roll you back down the hill! 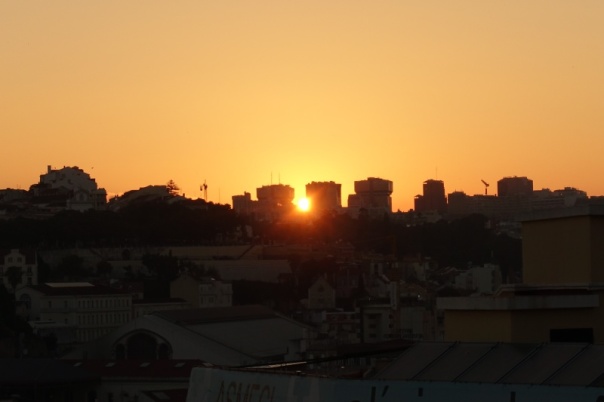