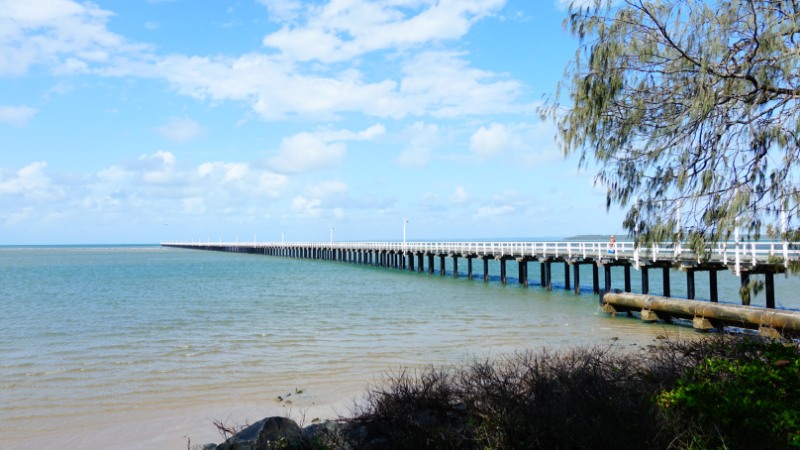 Our first day in Rainbow Beach provided paragliding perfection, but after that things went downhill fast. With a cyclone swirling off the coast, the winds picked up and the rain came through and our wings remained tucked away in their rucksacks. Instead of flying, our little group of pilots fell into a cesspool of heavy drinking, overeating and debauchery. Before long, cabin fever was setting in and things were looking pretty grim. 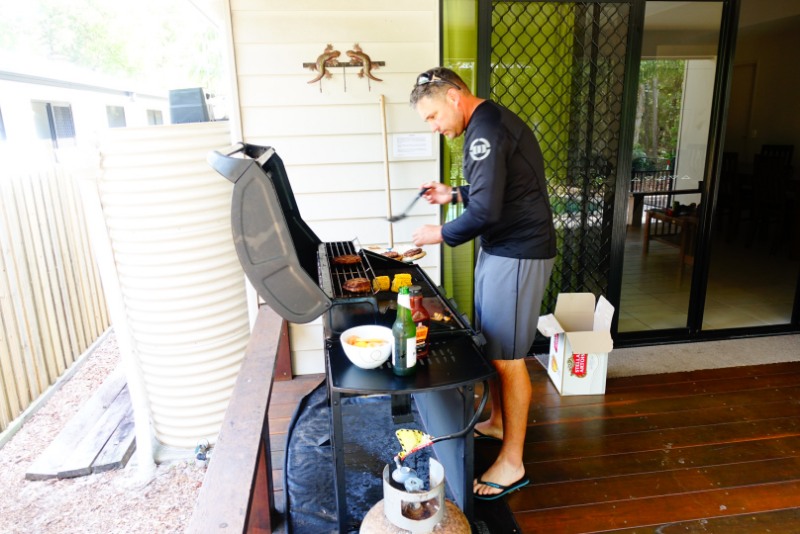 Hamster would disappear for hours at a time to drink a supply of paint he’d discovered under the house. Scott seemed to be running an illegal sweatshop out of his bedroom. Some Pommy bloke named Dave, who nobody seemed to know, had started sleeping in our kitchen. Round-Eye Scott, by contrast, spent most of his time locked away in the toilet, practising his lines for his upcoming role as Samuel in a production of The Pirates of Penzance at Laycock Street Theatre. I knew I had to get the gang out of the house before we all lost our minds, so I organised a nice, long walk along the beach. 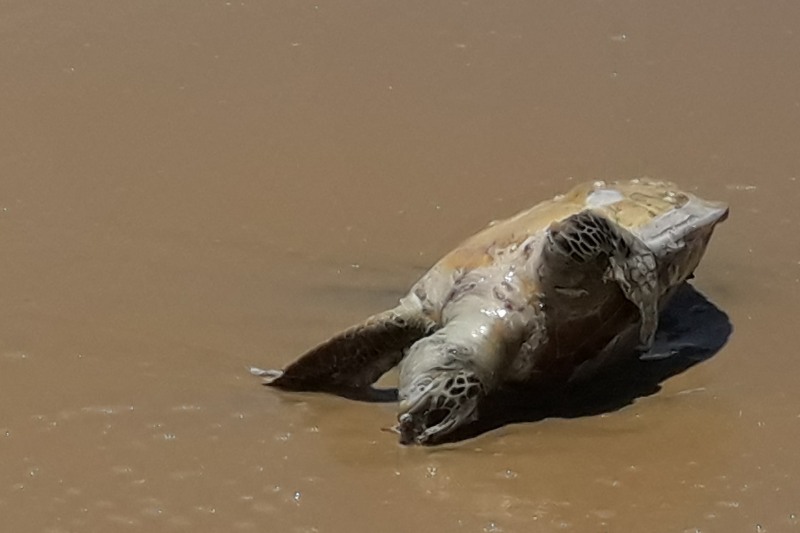 Unfortunately, there’d been some sort of natural disaster down there and the sand was littered with dead marine animals. As soon as we got back to the house, Hamster headed for his paint supplies to drown his misery, so I bundled him and the rest of the nincompoops into the car and drove them out of there. I was racking my mind to think of somewhere to take them that would cheer them up, and then an idea struck me harder than an enraged stepmother. There was still a few Big Things to check out, so I started rolling out to find them.

Maryborough might be 2000km from the Victorian town of Glenrowan, but that didn’t stop them building an eight-metre-tall tribute to legendary bushranger Ned Kelly. I dunno, maybe he took a holiday up this way or something. Ned’s in good condition, even if he does look a bit gangly and had a bird’s nest between his legs. He’s also one of the most fearsome Big Things around, because he looks like he wants to blow your head off with his shotty and then steal your PlayStation. He kept Hamster amused for a few minutes, but the statue’s right next to a petrol bowser and The Ham was looking thirsty, so I chucked him back in the car and headed off again. 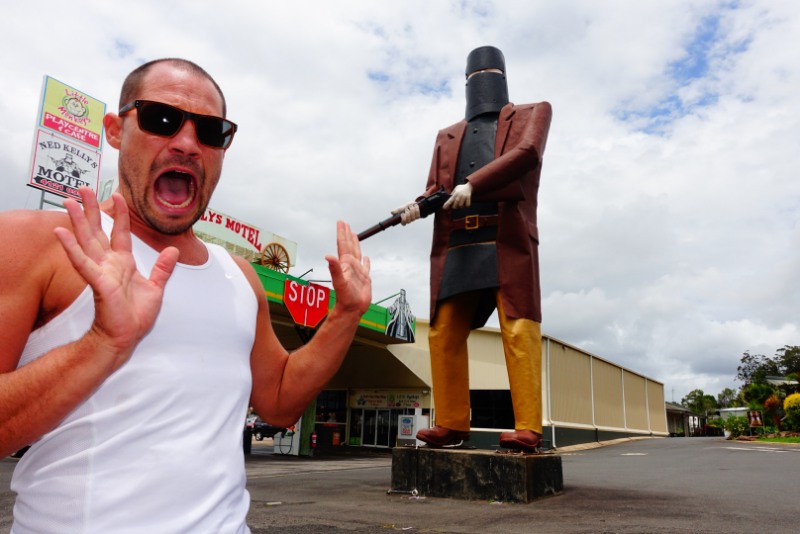 Hervey Bay’s a popular backpacker destination and I was expecting it to be a quaint seaside village, but it’s actually a sprawling city. I knew they’d knocked up a Big Whale in the last few years and figured it wouldn’t be hard to find – apart from the fact there are whale statues all over the place. Honestly, I haven’t seen that much blubber since I porked Rebel Wilson’s sister. We finally found the real deal, and it is fucking massive. The big bastard is definitely one of the most impressive Big Things I’ve seen, but Hamster wasn’t impressed. 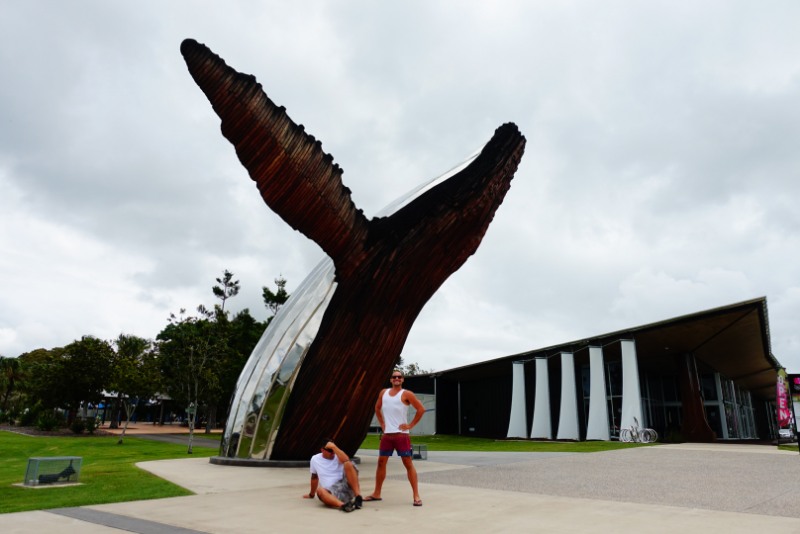 “It’s not really a Big Thing, is it,” he said, whilst leaning against a lightpost in an attempt to look cool.
“What do you mean? It’s bloody huge!” I replied.
“Yeah, but Big Things are supposed to be a bit shit, aren’t they? Peeling paint, badly proportioned, and a bit stupid looking. I mean, that pelican looked bloody goofy, and the cow looked like it had been built by a team of one-armed mongs who had only vaguest idea what a cow actually is. But this thing is really well done. It’s artistic and beautiful and not at all cringeworthy. So as far as I’m concerned, it doesn’t fit the criteria for being a Big Thing. Get some bloke to concrete over it and paint it pink and then we’ll talk.” I guess he has a point. 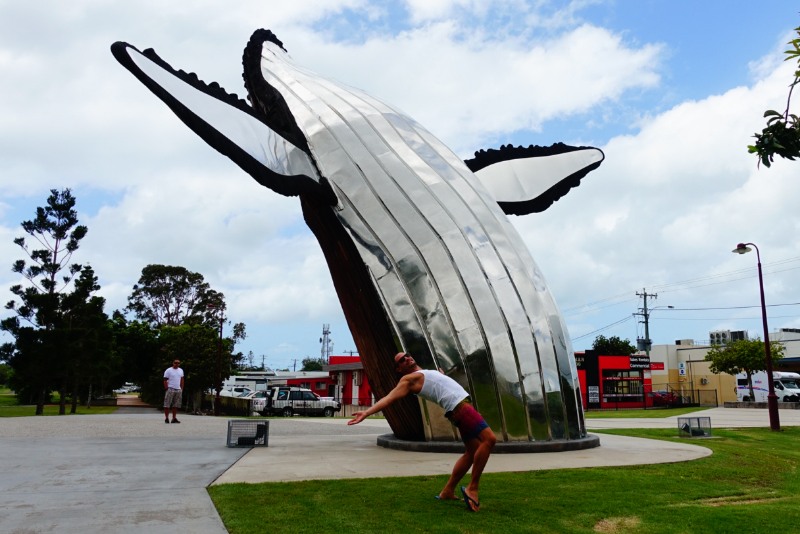 There’s plenty to see and do in Hervey Bay, with most of it revolving around water-based activities such as kitesurfing or whale watching. Unfortunately the weather was a bit shithouse and the thought of popping into the ocean for a dip was as inviting as dropping the soap in front of Bob Brown. Instead, we took a long walk on an even longer jetty, which offers pleasant views back on Hervey Bay’s waterfront. It is a very lovely town and it’s easy to see why so many people stop off there (I was hoping to bump into some Norwegian backpackers with their tits out, but the conditions weren’t condusive to that). 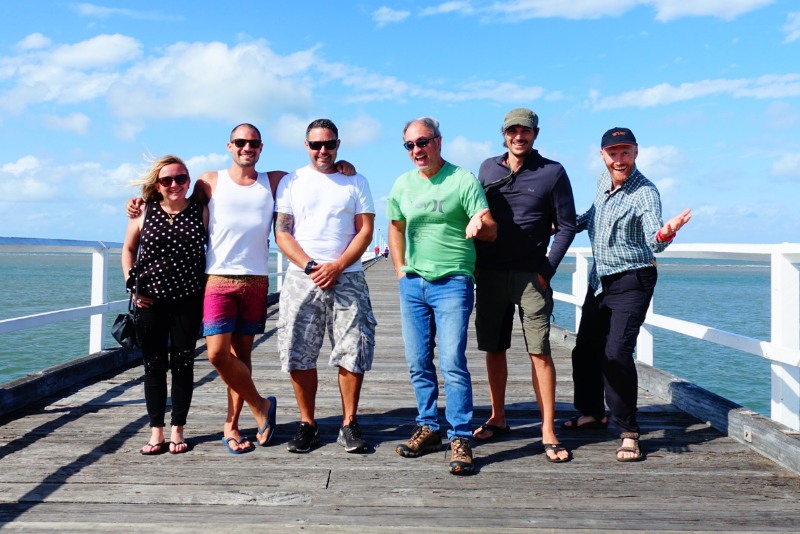 Everyone was thirsty and keen to get on the piss again, but as we got ready to leave we realised that Phil was nowhere to be seen. Me and Hamster spent a good hour-and-a-half looking for him in the pub, but to no avail. We finally found Phil, who’s usually a very level-headed and rational bloke, having an animated conversation with a statue.
“You’re the only one who really understands me,” he told the statue, before nodding his head as he listened to the reply. “Yes, I think it is time for us to run away from these people before they start acting even weirder. What’s that? You should kill them? It’d be doing the world a favour but, to be honest, I can’t be bothered.” 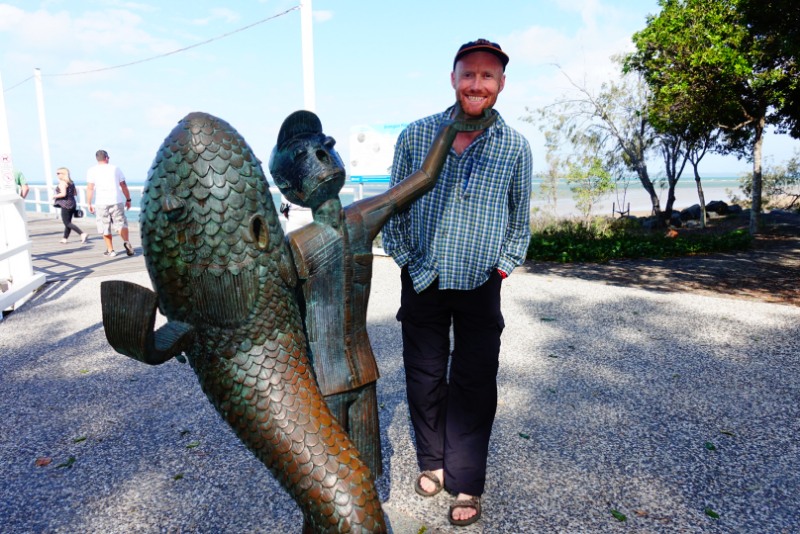 I realised I had to get everyone out of Hervey Bay, out of the path of the cyclone, and back into the air before they went bananas and started eating each other. It was time for a hero to stand up and make the tough decisions. There was only one place we could go to save the holiday, and I decided we’d all head there in the morning – after another epic night on the piss, of course. 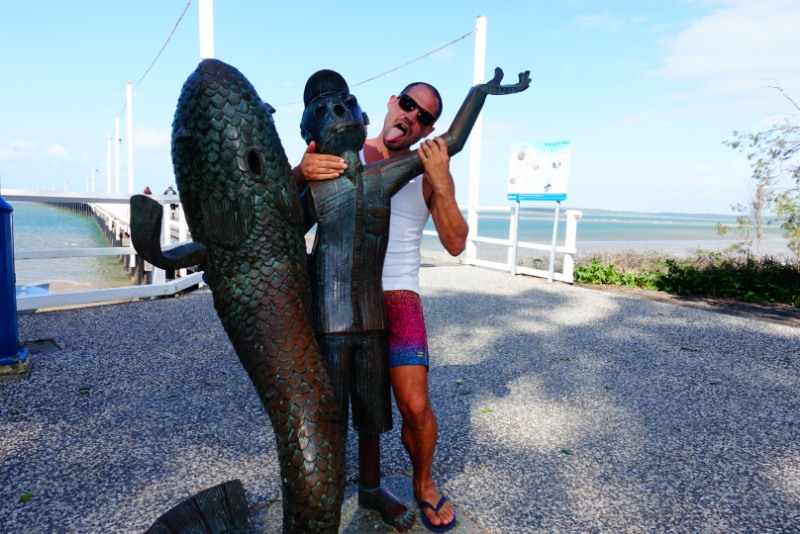 2 thoughts on “I had a WHALE of a time in Hervey Bay!”