Argentina is a beautiful and diverse country, but after drinking their beer and climbing their hills it was time move on to a nation best known as the punchline to a Simpson’s joke, Uruguay. The historic township of Colonia is only one hour by ferry from Buenos Aires, so I jumped on one and headed off to country number 55 or 56 or whatever I’m up to now. The ride over is fairly boring, with very little to look at, but it was worth it simply for the name of this ship I saw once I got to Colonia.

The town was founded by the Portuguese back in 1680 and traded between them and the Spanish for centuries. It shows, because the Old Town of Colonia feels like it should be in southern Europe, with cobblestone streets and outdoor cafes. It’s a favourite weekend getaway for people from Buenos Aires and Montevideo, and with its laid-back atmosphere Colonia is the perfect place to kick back with a beer and a slice of pizza. 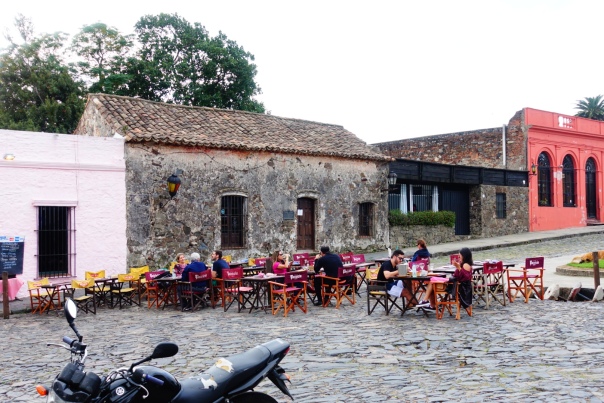 The Old Town is small enough to wander through in a matter of minutes, and there are some pleasant parks and (presumably boring) museums to check out if you want a touch of culture. A bit of a warning, though; I saw this pervert trying to lure children into his sex grotto and when I stormed up and asked him to explain himself, he wouldn’t say a word. So watch out.

As far as interesting historical sites go, the Colonia del Sacramento Lighthouse is the best there is. It was constructed in 1855 after dozens of ships were wrecked off the coast of Colonia, and it still stands proudly today. The cost to climb it is a very reasonable 25 pesos, and after paying the surly guard at the front door I struggled up the narrow, winding staircase to the top. The view isn’t exactly spectacular, but does provide a different perspective of the town, as well as a look back at distant Buenos Aires, across the murky Rio de la Plata. 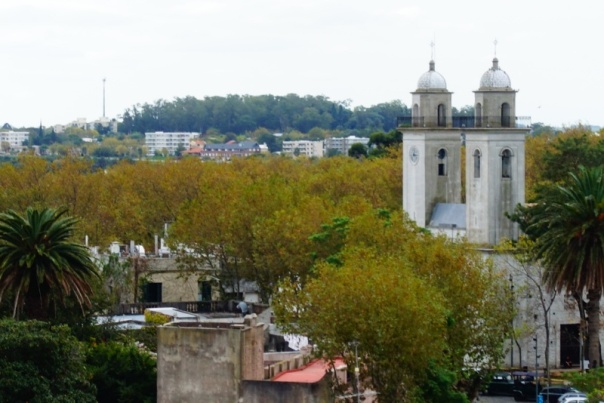 I assume it would normally be quite pleasant up there, but the mood was ruined by a fat girl who was sitting on the railing, taking selfies and working her way through a garbage bag of chocolate-filled empanadas. Or maybe they were shit-filled empanadas, because the farts she was letting off could’ve killed an Arab. I couldn’t take it anymore, so I headed back to street level. 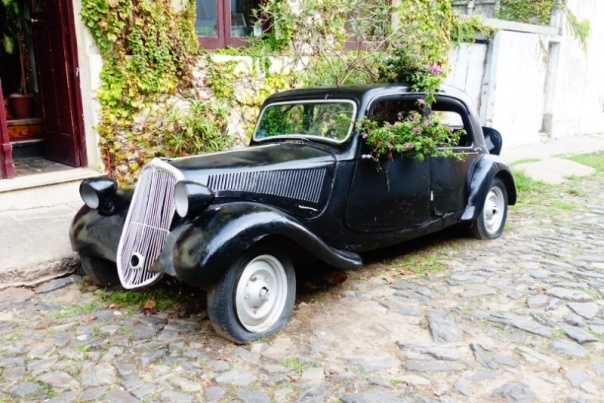 I was halfway down when I heard an ominous rumbling from above, followed by a scream. The rumbling and the screaming were getting louder and closer, but I couldn’t work out what it was. Suddenly someone screamed, “Oh my God, the fat girl has fallen!” and I was met with the dreadful reality that she was rolling down the stairs towards me, destroying everything in her path. I turned in terror and ran blindly down the staircase, as the boulder of flesh closed in on me.

I looked back to see the tumbling fat blob was only metres away, and I resigned myself to being crushed by her empanada-fuelled bulk. Then I saw a beautiful beam of light in front of me, and dived out the front door towards safety. At that point I saw the painted pervert ready to step inside (probably to kiss children), so I gave him a thumbs-up and told him to go right ahead. No sooner had he stepped inside than the fat girl rolled around the corner, cleaning him up. The pervert was firmly wedged in the fatty’s arse crack, and she was now farting even more regularly due to shock, causing him to start gagging and vomiting up his asado lunch (a type of BBQ that’s a local specialty – see, this is a proper travel blog). It was time for me to catch a bus to Montevideo, so I wished them all the best in their new life as conjoined twins, then sashayed off into the afternoon to get drunk on public transport.