I haven’t had much of a chance to update Drunk and Jobless lately, for a very good and extremely sad reason. My life has recently been hit by tragedy and disappointment, after learning news that will adversely affect everything about me in the future. My hopes and dreams have been shattered, and my goals will forever go unfulfilled, as I recently received the shocking news that I’ve been refused a spot in the Aldi Testers Club.

Obviously distraught following this callous twist of events, I packed a bag and headed into the wild, wanting nothing more to do with this open wound of a society. Unsure of where to begin my new life, far away from the heartless guffaws of Aldi employees, I remembered a conversation I’d had with Scott, one of the local paragliding bad boys.

“Whenever the pigs are after me, I hide out in Ourimbah State Forest,” I recalled Scott telling me, while listing a stolen car radio on Gumtree. “Very beautiful, very remote, nobody find you there. If you need to bury body, you can do that, too. If you find my old business partner One Eyed Sanchez up there, you say hello to him for me – he can probably be found in shallow grave, tee hee!”

As Scott is currently serving a six-year sentence in jail for participating in the white slavery trade, I was forced to find the track myself, which proved to be quite simple. It’s at the end of Ourimbah Creek Road, and after parking my car I walked through a lovely valley full of very large dogs. Fortunately, they weren’t aggressive, and allowed me to wander into the dense jungle.

The walk from Ourimbah Creek Road up to the old archery fields at the top of the hill is pleasant if not spectacular. Over the course of 10 kilometres I crossed a few streams, climbed some pretty steep hills, picked up heaps of leaches, and finally made it up to the camp grounds just as the sun was setting and the mozzies were getting mad. There’s not much left of the archery range – the targets are gone, as are the sheds and tables once used by the club – but it’s a nice place to spend a night.

I enjoyed a delicious hamburger for dinner and watched the footy on my stream, so while it feels like it’s in the middle of nowhere, it isn’t really. I even managed to match with a couple of good sorts on Tinder, and they were really impressed by my adventurous nature and cheeky smile. I hope to disappoint them in the near future.

The trip home took me along the same road, but this time things were very different. I was nearing the end of the track when I saw something white lurking behind a bush about 100m in front of me. I stopped and realised it was a dude in a white shirt, who popped out as soon as he realised he’d been spotted. He looked around in embarrassment, then sauntered up to me with his hands in his heavily-stained shorts. When he got close he tried to strike up a conversation, but I brushed him and kept walking – I’ve already got enough perverted mates, so I don’t need another one. The man in the white shirt appeared crushed.

I assumed that was the last I’d see of him, but every time I looked back along the track I could see him hiding behind a tree and weeping. It was a pathetic sight, and I was happy to get back onto the road where there was less chance of him raping me. As I powerwalked back to my car, a filthy white van crept past me, and behind the wheel was the sicko in the white shirt. He stopped next to me and wound down the window, revealing a puffy red face streaked with tears.
“We could’ve been perfect,” he whispered, then drove off into the sunset. 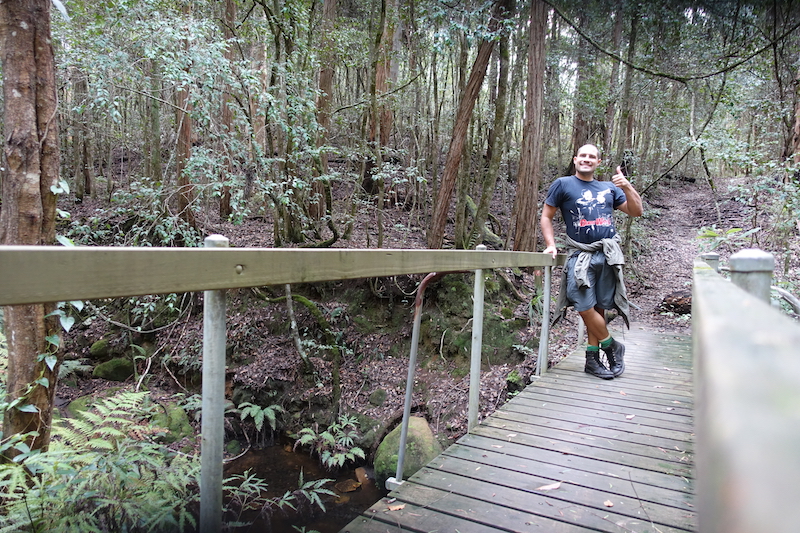