Crapping your daks in public isn’t fun, but that’s what I did exactly five years ago. I was a 16-year-old girl, fresh off having my first period and ready to explore my bisexuality. Alright, that’s a lie, I was 29 and ready to explore China, and I wrote all this but never got around to actually posting it online. So let’s delve into my personal diary and see what I was up to way back when… 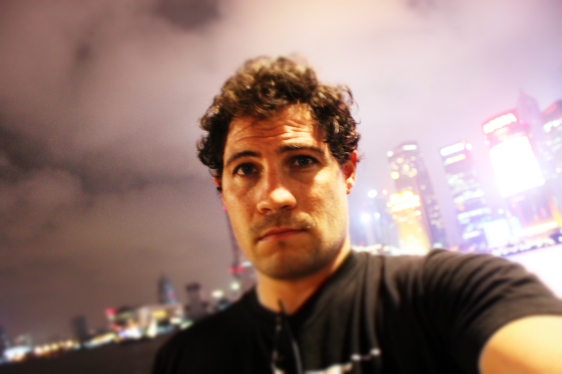 There are few things more humbling than shitting your pants in public.

I was on a crappy old train, rattling through slums, half blind from food poisoning and stumbling through crowds of unfamiliar faces towards a filthy toilet, so I could chuck up another load of electric-orange bile. I stepped around one bloke, pushed passed another, and stopped in mid-step to squeeze out a little fart… and ended up with a river of liquid shit cascading down my leg.

And the best thing is, that was the day before I flew out to China.

Thankfully, the effects of eating rancid sausages I’d picked up at a pub raffle were gawnski by the time my flight rolled around at 11am the next day, leaving me to enjoy the hospitality of China Eastern Airways without needing to wear a pair of adult nappies like some sort of perverted BabyMan.

The flight itself was painless enough. Being the only white person on board was good preparation for a trip to a country that isn’t known for its multiraciality, and the choice of in-flight entertainment was fantastic… as long as you like watching heavily-edited Leonardo DiCaprio movies and Chinese musicals so bad the People’s Republic probably use them to torture traitors. I was a little bit put off by the ancient woman behind me who seemed to be coughing herself to death, but when I realised she wasn’t going to hock up a lung anytime soon I was able to relax and settle in.

Right, so Shanghai’s bloody huge. When the street lights first started burning through the pitch-black night below the plane I thought we were about to land, but then we kept on going and the lights went right on with us. Multi-lane freeways, industrial parks, houses, skyscrapers, unit blocks, it opened up beneath me like the embers of some world-ending fire. I’ve flown over huge cities like Bangkok, Los Angeles and Wyong, but nothing could prepare me for the size of this place. I now know how Tim Mathieson felt like the first time he saw Julia Gillard’s arse.

We landed without the wings falling off, I made it through customs without getting my cavities checked, changed some money, had a much-needed wee and navigated my way to the train station. With the previous day’s experience fresh on my mind I found a seat off by myself (not hard, ‘cos sweet fuck-all people were on there), and minutes later the little old rattler started clickety-clacking through Shanghai.

Only that’s not how it goes. See, China’s a proper first-world country, and first-world countries don’t have shitty trains that roll along at walking speed and break down if it’s too hot, too cold, too wet, too dry or there’s a full moon. Y’know, how it is in Sydney. Shanghai’s Maglev train belts along at around 300km/h, and makes the 30km trip from the airport to somewhere near downtown in around seven minutes. Seven minutes – that’s how long it takes a Sydney train to get from Central Station to four metres past Central Station.

I jumped in a cab at the other end, and 15 minutes later I was swaggering into the Oriental Bund Hotel. And it wasn’t a bad place for a young bloke from Gosford to stay. A king bed, lounge, 42 inch plasma TV, bathroom big enough to fit the New Zealand womens rugby union team – that’ll do, pig, that’ll do. 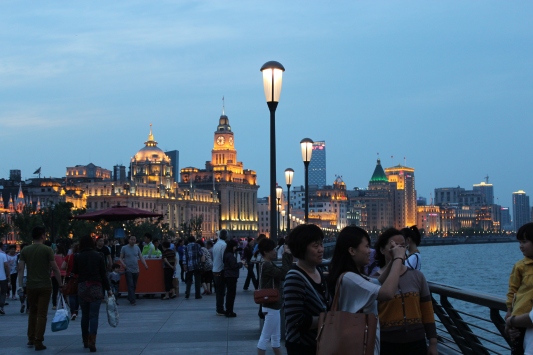 After a quick shower I was back out the door and on my way to sipping a cold beer on the banks of the Huangpo River. Or I would’ve been if I’d walked East, where I meant to, rather than North, which took me into the strange and scary back alleys of nighttime Shanghai. Without a map, a GPS, a compass, or any fucking idea whatsoever where I was or where I was going. I didn’t even leave a trail of breadcrumbs.

Ah well, at least the architecture was nice. Heaps of 1920s-style Gothic buildings that made me feel like I was in a Batman movie. Heaps of scary homeless Chinamen, too, who were probably licking their lips and imagining me served up with rice and a side dish of albatross vomit or something.

After wandering past an endless number of traditional Chinese chain stores like Starbucks and McDonald’s, I finally stumbled upon Shanghai’s famous Naning Road, renowned for it’s world class shopping. Perhaps during the day, but at night it’s better known for women (and blokes) offering sexy massages with the option of mouth-sex. Now, I’m used to women throwing themselves at me, but after the 27th offer in 27 seconds I started getting the feeling they weren’t being totally honest with me, and that maybe they were offering prostitution. So, as tempting as a quick, AIDS-encrusted shag with a street-walking, drug-addicted Oriental bint was, I said no, continued my walk and finally hit the river. And what a river! It was wet! And riverish! And there!

Of course, the main visual attraction is the truckload of futuristic buildings over the side of the water in Pudong, which are covered in flashing lights and look really cool, like giant Christmas trees. Sadly, I’d spent so long wandering the back alleys that I was too late for the light show, so the only thing I got to enjoy was another 11 people asking me if I wanted a sexy massage.

Still unfed, I started making my way towards where I thought my hotel was, hoping to find some sorta kooky Shanghai street food on the way, if only to relive my brief-but-torrid love affair with food poisoning. I didn’t find any food, I barely found the hotel after an hour, and I wound up my first night in the exotic Far East with an exotic meal of Pizza Shapes.

Oh, and a sexy massage. But I didn’t charge myself for that one.