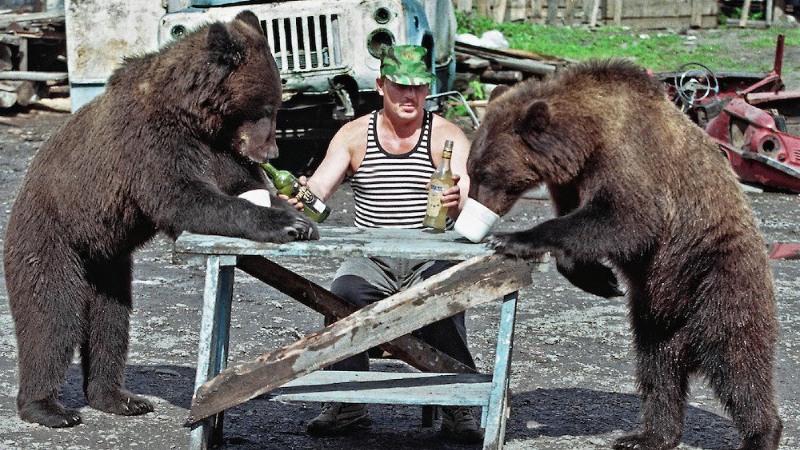 Most people leave Bali with a couple of Bintang singlets and a suitcase full of pirated DVDs, but I managed to leave The Island of the Gods with a Russian girlfriend and a plane ticket to Moscow. And so, against all my expectations, the next leg of the Drunk & Jobless Word Tour will take place in the frozen tundra of the northern hemisphere. Don’t worry, I won’t get frostbite, because Lena’s assured me that her bed is nice and warm, and that’s where I plan to spend a fair whack of my time. There’ll still be plenty of drunken shenanigans and outrageous adventures, so stick around.

The Russian Federation is an unusual land where vodka encompasses 80% of a balanced diet, bears walk the streets eating anyone they can find, and the most popular form of entertainment involves kicking homeless people. Alright, there’s a chance that none of that is true, so I spent the 22-hour flight from Sydney watching some educational documentaries on Russia, and was pleased to discover that the Russkis aren’t too different from normal people. 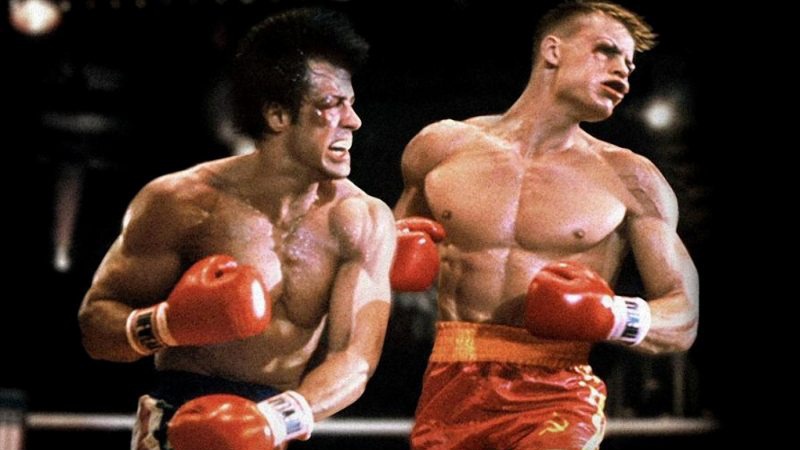 This award-winning film documents the epic boxing match between American champion Rocky Balboa and his towering Russian opponent, Ivan Drago. At first, the Russian seemed like a bit of a dickhead – he takes heaps of steroids and punches a blackfella until he dies – but he redeems himself in the end by having sex with Rocky in the middle of the boxing ring. I hope I don’t have to have sex with any giant Russian men, butI will if it helps international relations and brings about world peace. 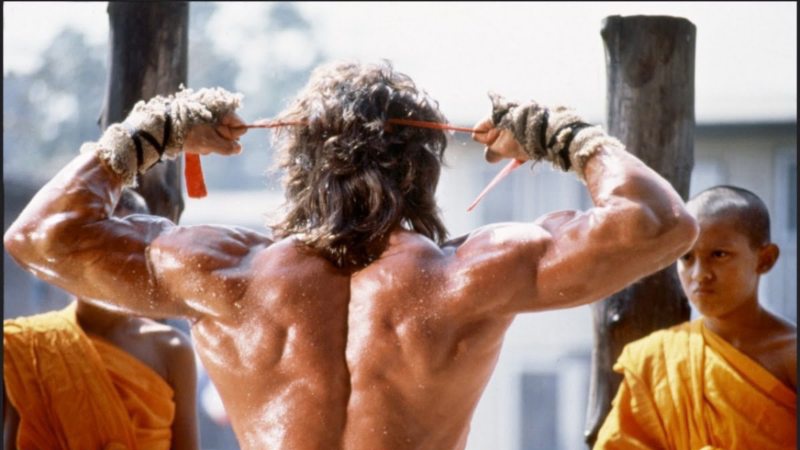 At some point Rocky stopped being a boxer and instead became an unstoppable killing machine, and that’s what this movie is about. There’s not a lot of story, but Rambo kills about a million evil Russian dudes, which is really cool. Although, if I want to fit into Russian society, I probably should’ve been going for the bad guys while watching this. I also learnt that the entire Russian army can be destroyed by a single shirtless bloke with a headband and a bow-and-arrow.

Russians aren’t know for their sense of humour, so maybe the government banned the filmmakers from putting anything funny in this awful sequel. I think the Russian characters showed admirable restraint by not slaughtering the bumbling fools in the first five minutes, which expanded my respect for them as a people. Honestly, I’d rather slide a pencil up my wee-hole and then let a dribbling retard write an essay with it than watch this crap again. 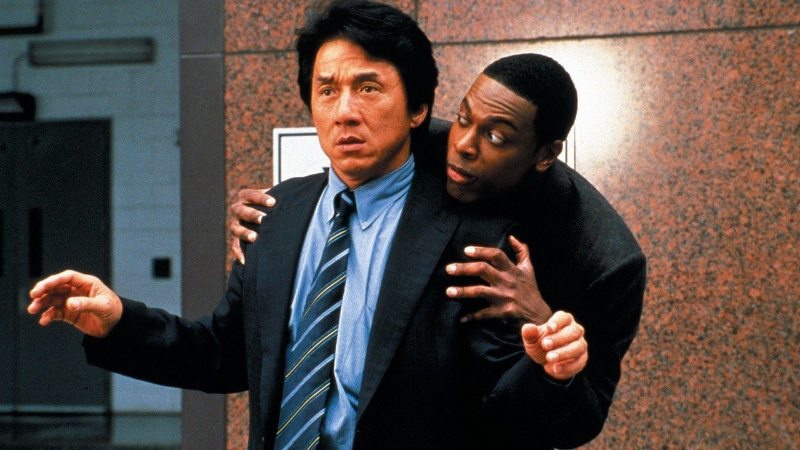 I misread the title and thought it was called Russian Hour, and so was baffled when the movie was all about a blackfella and a Chinaman. I kept waiting for them to put on those furry hats and start smashing cinderblocks with their bare hands, but it never happened.

BACK IN THE USSR

This isn’t a movie or a documentary, it’s a song by Pom hippies The Beatles. They basically keep singing, ‘Back in the USSR!’ over and over again, and it gets old pretty quickly, so I’m not surprised that Russians have an intense hatred of westerners. This other song they have about octopuses is fucking ace, though, but I don’t think there are many octopuses in Moscow, so it’s irrelevant.

I figured that, since this movie was named after that big, pointy cathedral building thing in Moscow, it would offer some interesting insights into Russian culture. Nope! It was all about little green monsters and Corey Feldman, which meant that it was very entertaining, but ultimately had had fuck all to do with the gremlin. It wasn’t even set in Russia! False advertising, I’d ask for my money back but The Pirate Bay don’t give refunds.

This was by far the best documentary on Russia that I watched on the plane. If it’s anything to go by, I’ll be getting my dick sucked by half-a-dozen big-titted Slavic goddesses within minutes of stepping foot in the Federation. Then again, I only got to watch it for about 30 seconds before the woman next to me complained about my ‘enthusiastic’ reaction to the hardcore action on my laptop, so I don’t know how it ended up (and on a side note, the Vladimir Putin-lookin’ fella in it was surprisingly accepting of lesbian relationships, so perhaps Russia is becoming a more inclusive place).