I’ve never met a waterfall I didn’t like – and trust me, I’ve seen a few over the years – so there was no chance I’d miss out on Iguazu Falls during my adventures through South America. Along with Africa’s Victoria Falls and North America’s Niagara Falls, Iguazu is part of the holy trinity of big, wet, splashy things, and it’s absolutely magnificent. If you don’t believe me, just have a squiz at the photos. 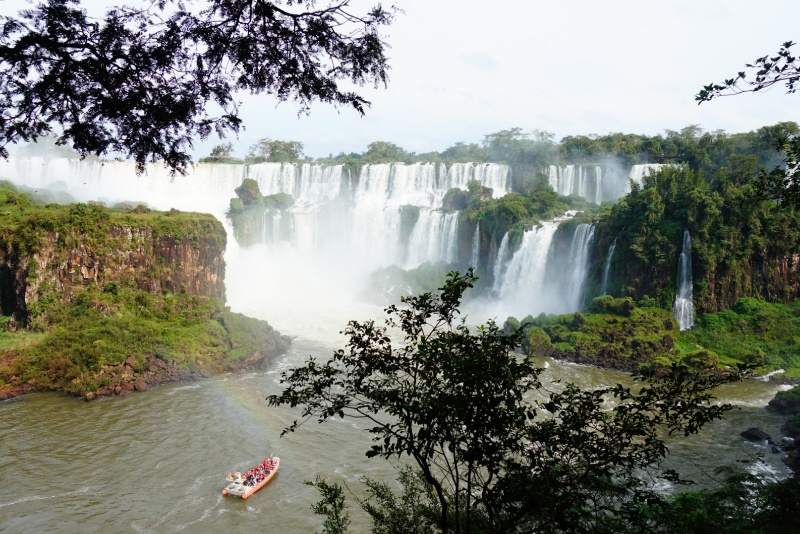 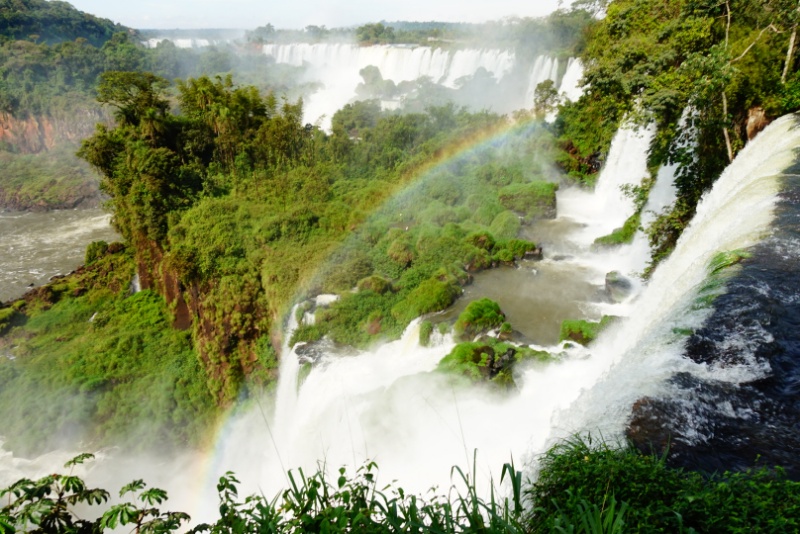 Iguazu is 82 metres tall, 2700 metres wide, has 275 drops and woos millions of tourists every year. And ladies, he’s single! The locals reckon the falls were created when some tart named Naipí was meant to marry a god named El Kevin, but she fucked off with some other bloke (probably a Maori) and so Kev cracked the dirts and sliced the river up. I don’t know how historically accurate that is, but it sounds good enough to me. 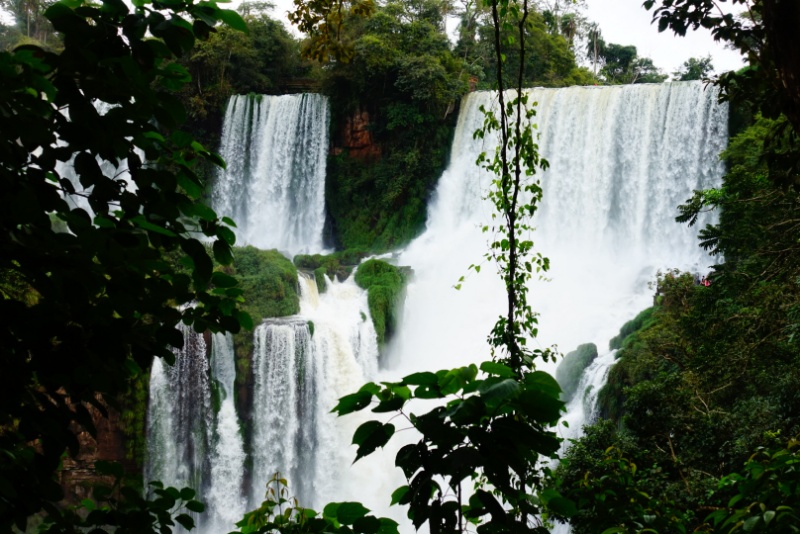 Half the places to view the falls are in Argentina and the other half are in Brazil, but it’s a short trip between the two sites so it’s possible to check out both. There are three main tracks through the Argie side of the falls, so it takes at least half a day to check everything out, and that’s if you don’t spend too much time stuffing around, oohing and ahhing at all there is to see. I headed out after a 26 hour bus trip from Montevideo and managed to see it all before beer o’clock, so it’s not that much effort.

Circuito Superior and Circuito Inferior both give a good idea of what the falls are all about, with some really pretty spots, but these walks never reach the spectacular highs found at Victoria Falls. The falls are, for the most part, a little too far away, with only the final fall of the Inferior stroll rising up above the boardwalk. Luckily, that’s not the best of it. 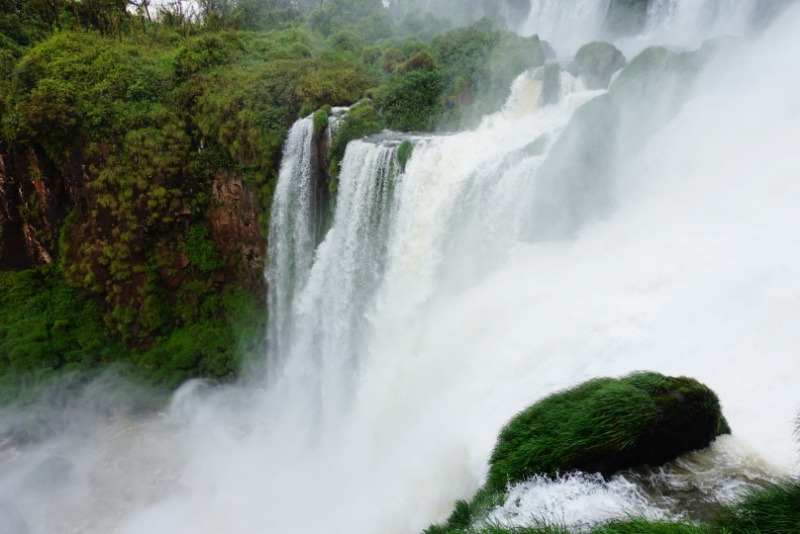 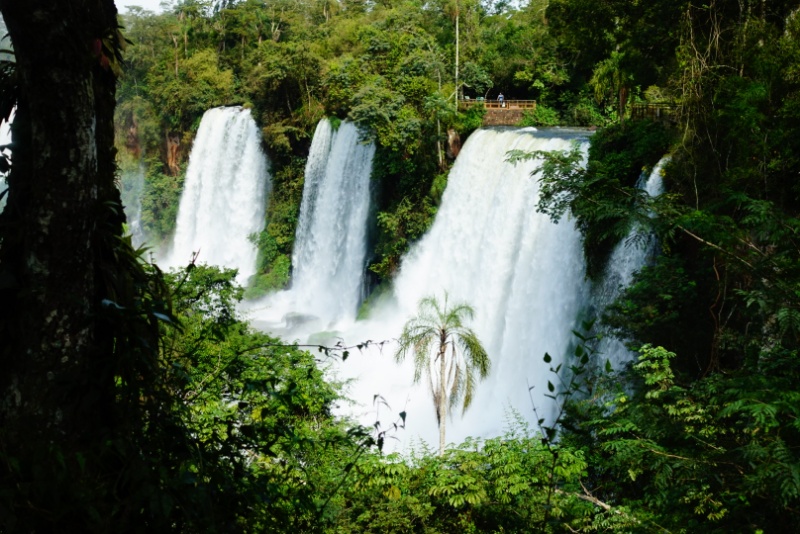 Garganta del Diablo, or The Devil’s Throat, is what it’s all about. After catching a fun little train through the jungle, a wooden boardwalk took me out over the gurgling Rio Iguazu, to a bottleneck where thousands of litres of water crashes down every minute. The brute power of nature is astonishing, and I just stood back in wide-eyed wonder as the spray smashed into me and the whole world sounded like it was being torn apart. If this is what the devil’s throat is like, perhaps someone should hand the poor bloke a Butter Menthol.

As has become tradition when I visit waterfalls, I befriended a couple of coloured gentlemen. Reuben and Bert, a gay couple for Suriname, are very much in love and enjoying their honeymoon together. Whilst marvelling at the spectacular views, Reuben declared that the only thing more powerful than the raging waters of Iguazu Falls is one of Bert’s kisses. I dunno about that, because my urge to chunder was pretty bloody powerful right about then. 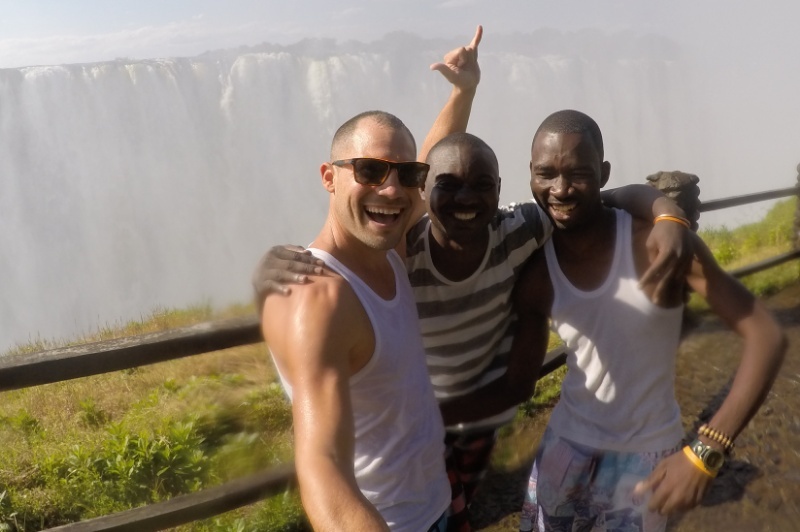 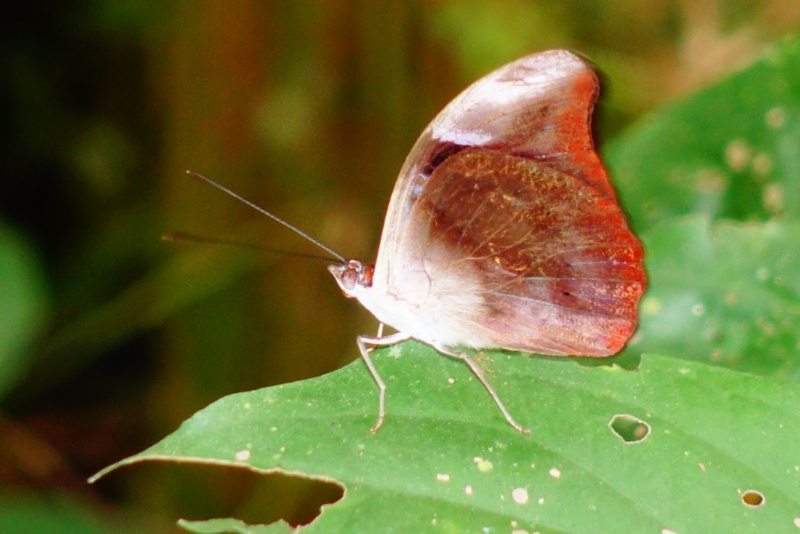 The comparisons with Victoria Falls are obvious, but I have to say that, so far, Africa’s Smoke that Thunders reigns supreme over South America’s Big Water. Not only is it larger and more imposing (but enough about my penis!), but the tracks offer more variety and allow you to really get up close to the massive wall of water. Don’t get me wrong, Iguazu is superb and truly one of the most awesome things on the planet, but I did feel a tad let down after visiting Victoria Falls. 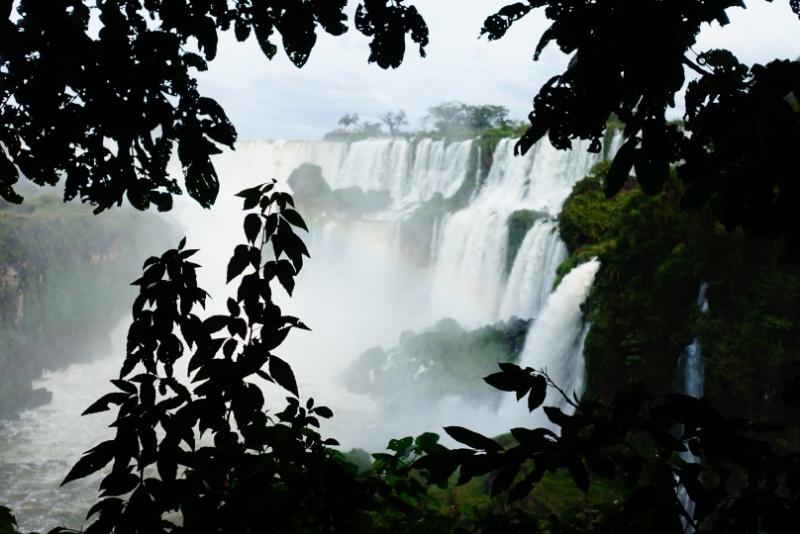