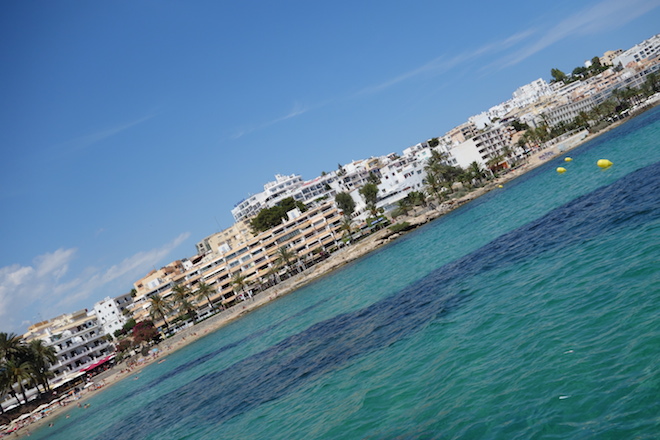 Alright, that title might be a bit of an exaggeration. While on the party island of Ibiza a couple of years ago I took as many drugs as a Jehovah’s Witness and I didn’t go to any of those parties where they play all the bippity-boppity robot music, but I still managed to rip it up in a way that only your Drunken Hero can.

Strap yourself in, you know it’s gonna be a helluva ride.

After a month or so criss-crossing western Europe, I was burnt out and needed a place to chill out, so I flew to the island of Ibiza, a rocky island in the middle of the Mediterranean with a reputation for being one of the best party spots on the planet. Superclubs light up the length and breadth of it, Ferraris and Lamborginis cruise the streets, and beautiful people strut up and down the beaches to the hippest music from the hottest DJs. My social life usually involves listening to punk music on my phone while wiping vomit off my shirt in the toilet of some dingy pub, so I was something of a squared peg in a round hole.

But enough about my sex life!

I decided to stay in a town on the south of the island called Platja d’en Bossa, which has the twin advantages of being close the airport, and largely free of British pissheads (the frequent the northern town of Sant Antoni – so if you want to finger a fat chick from Warrington, that’s the place to be). The surrounds are as dry as a lesbian’s fanny at a penis convention, which I became all too aware of during my hour-long walk from the spot where I (incorrectly) got off the bus to my hotel. When I got there, the place was crawling with Euro chicks who were almost wearing bikinis and tattooed dickheads who must’ve lost the directions to their shirts and decided to go without. After all that, I needed a drink.

And bloody hell, did I drink. While in Europe I fell in love with a bizarre beer called Desperado, which proudly calls itself the world’s first tequila-flavoured beer, has a higher alcohol percentage than Amy Winehouse’s liver, and comes in half-litre cans for maximum pissing-up-ability. It sounds rough, but is actually pretty awesome, so I took a bag of them down to the beach, where I sat and drank and talked to pretty girls and got pissed. When they were finished I went to a little bar on the beach and drank more beers and chatted up more pretty girls and talked shit as the sun went down and the bongo-bongo music in the background started sounding better.

I sat by the pool at my hotel and drank more, went to a cheap restaurant and drank more while eating Spanish sausages (the foot, ya dirty bastard – I wasn’t sitting there, beer in one hand, European penis in the other or anything like that), then drank more Desperados in my room while getting ready and dancing around in front of the mirror. I was ready for a big night out on the sauce, but the thing is, in Ibiza everyone goes to the superclubs – and I mean everyone.

For those who don’t know, the superclubs are the reason most people head to Ibiza. They’re massive, multi-story discos that cater for thousands of people at a time and run all night. I definitely could’ve gone to one of them myself, but didn’t find the thought of spending $75 to be hugged by a drug-addled stranger appealing – I can just head up to Gosford station if I want that. So when I rolled up to the bars on the main street of Playa around 11pm, they were deserted. I found one that had five other people in it and ordered a drink, but then three of the people left, and then the other two, leaving me all alone in the bar with a drink in my hand and a sympathetic barman giving me a sad look.

I wandered up and down the strip, ducking into sparsely-populated bars and getting progressively pisseder (it’s a word), while talking shit to anyone who would listen. I’m not going to pretend to know what happened that night, but I woke up in a room I didn’t recognise, with an attractive brunette woman I didn’t recognise, wearing nothing but underpants that clearly weren’t designed with someone of my size in mind and a singlet that suggested I had drunk 10 shorts of something called a gallo rancia, which I later learnt is Spanish for ‘rancid cock’. No wonder I was so sick the next day.

To give you an idea of how pissed I was the next morning, I became convinced that I needed to call my father, and that the only way to do that was to walk four kilometres to the nearest Maccas. Fucking hell.

I was understandably rough for my next two days in Ibiza, so i spent most of my time lazing around on the beach, or watching beautiful sunsets over the ocean. The ancient city in Ibiza Town is glorious, and well worth exploring. All of the towns and villages are wonderful, with fountains and statues and cafes and restaurants. During the warmer months the whole island is alive with happy people, and it’s fun to simply walk around and enjoy the ambiance.

I even caught a bus to the other side of the island and checked out Sant Antoni. It’s a little slice of England in the middle of the Mediterranean, with fish and chips shops everywhere, along with a matching set of fat, tattooed, sunburnt Poms doing their best to guzzle their bodyweight in cheap booze. While that might not sound great, the sunset from this place most certainly is – I sat out on a pier with a can of beer in my hand, toasting the end of three wonderful days in Ibiza.

And then I went off to find that fat chick from Warrington – but that’s a story for another day.