I’ve had a rough couple of days (don’t worry, you can read all about that in an upcoming blogsmic extravaganza – trust me, it’s a story of love and loss that’s so bizarre and deranged that you won’t want to miss it), so yesterday I chucked my paraglider in the car and headed up to Lake Innes to go flying with my homies Mark and Chris. It seemed like a good enough idea, and the weather was lovely on the way up.

The weather wasn’t any better today, so I had two options. 1) Sit inside all day and wank myself into a corner, or 2) Hop in my car and go exploring. After dabbling in the decadent delights of option numero uno (sorry, Mark, I swear I’ll pay for new sheets… and a new toilet brush), I decided to get out there and see what was on offer.

As soon as I left the house it started bucketing down, so I meandered over to the resort town of Port Macquarie, where I spent many joyous days as a child. Seriously, the days I spent camping there with my family were some of the best of my life, and I still look back on them fondly. 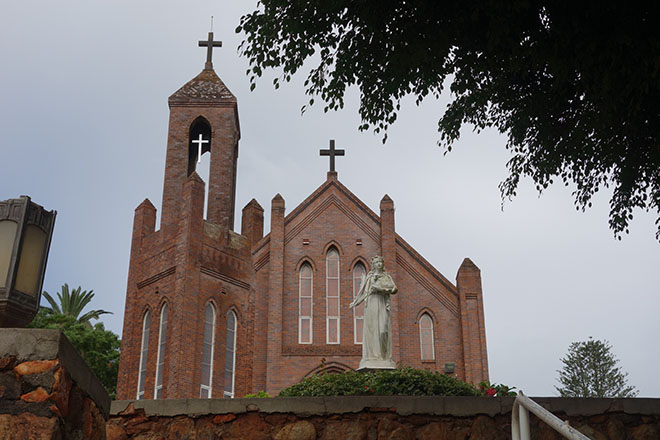 I remember camping at Port Macquarie for a few days with my grandparents when I was 10 years old. It was a weird time because the holidays were coming to a close, the rest of my family had already headed home, and most of the friends I’d made in the camp grounds had left. I enjoyed it, though, and one memory stands out above all others.

There’s a breakwall right near the camp site, and many of the rocks that made it up had names written on them. My grandfather went up the street one day and bought me a small pot of green paint and a brush, and I wrote my name on one of the rocks, a permanent reminder that I’d been there. I went back to the breakwall, and of course my name isn’t still there. It’s been 22 years and there’s almost nothing left of the boy who wrote it, so there’s no chance his scribbling would be. Instead, i found that the rocks are now beautifully decorated with intricate designs. It’s a really incredible walk, even if a bit of fright shite came out when I saw a shark.

With the weather making a day at the beach as appealing as a Penny Wong anal sandwich, I checked out the town. There’s not heaps to see, but I did find something that I thought was extinct. No, not a woman with pubic pair, an honest-to-goodness CD shop! I haven’t seen a Sanity for nearly a decade, but here it was, complete with bored teenagers and people looking to buy physical copies of music instead of illegally downloading it. I was so excited that I took a photo of myself in front of it and a local wag called me a tosser for doing so.

I’ve come here under less than stellar conditions, but Port mac is still an awesome place to visit – or live, as I’ve been threatening to do for the last year! Now, if only somebody could fix the bloody weather so I can go for a fly, the world would be in unison… 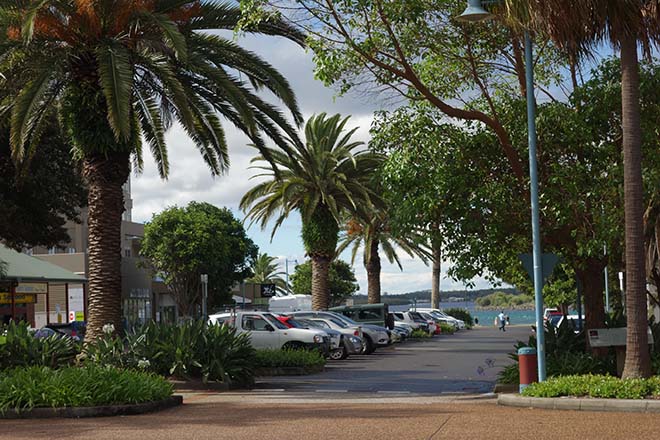 3 thoughts on “Any Port in a Storm”