So how has that year gone?

Well, it’s been a big one. Shortly into my retirement I took a course in paragliding, and it turned out to be one of the best things I’ve ever done in my life (along with that sheila from Home & Away – hi, Colleen!). The feeling of freedom is like nothing else I’ve ever experienced, and the sense of accomplishment I received from being able to learn this wonderful new skill really set me up for a productive year.

I also crashed my paraglider, a terrifying experience that took me closer to death than I’ve ever been before. But I came out of it without any major injuries, which I’m thankful for every day. There are risks when you fly but, as far as I’m concerned, there’s less chance of dying than there is driving along in a car or walking across the road, so I’ll keep doing it.

I spent the early part of the year travelling through Indonesia (great), Myanmar (brilliant) and India (fucking shithouse), on what became the toughest trip I’ve ever been on. The things I saw and the people I met (and the near death experiences) will stay with me for the rest of my life.

And when I came home, with no job to go to and adventure in my heart, I went exploring. There’s so much of my own country that I’m yet to see, so I just got out there and checked shit out.

I’ve been on treks through the Aussie wilderness that have pushed me, both mentally and physically. With my tent and sleeping bag and delicious nachos strapped to my back, I scrambled up cliffs and crossed remote rivers all across Sydney and the Central Coast, spending days at a time without seeing other people.

My desire to see more of Australia took me to Tasmania, where I got stuck in a blizzard, climbed a mountain while drunk, visited an art gallery full of pictures of penises, and drank my bodyweight in cider. It’s an astonishing island that is well worth exploring, and I’ll be back there to see more of it before long. 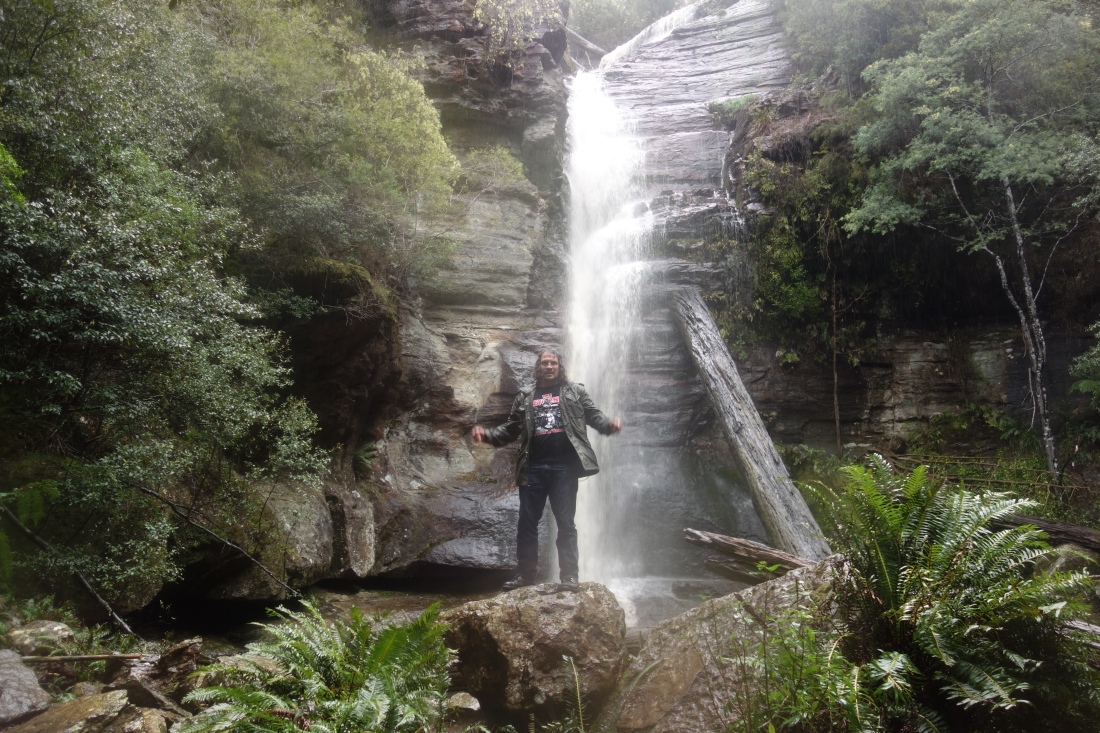 I’ve learned how to rock climb and abseil, and how to teach others to do both, and in the process show patience that I don’t think anybody thought I had.

I’ve met people through paragliding, travelling and working, as well as in parks and under bridges while on the drink, and every one of them has changed my life and will remain important to me. Well except for fucking Stavros – he can go sit on an ant hill as far as I’m concerned.

And hell, I even managed to get that Deputy Editor position that was only available to friends of the boss while at Bauer.

It’s been a good year, the best in a long time, and one that’s seen changes that were sorely needed. My last few months in Sydney were dark times, where my sense of self worth was stomped into the gutter and my confidence wrecked, as I wallowed in a negative working environment, writing for a magazine that was heading straight for the bin.

My favourite song by the band The Real McKenzies is called I Do What I Want, and features the lines, “Cold water is all around, is this what it feels like to drown? Ain’t nobody to pull me out, I feel like I’m going down”, and that completely sums up how I felt back in those bad times. The same song also has a chorus that adequately reflects how I feel now.

I was horribly lost for a while there and, while I’m still a long way from being found, I’m on the right path for the first time in a long time.

Now that’s out of the way, it’s time to get fucking drunk on a Monday night… oh, that’s right, I already am!